Why Social Media Can Suck

In the past 10-15 years the Internet and mobile devices have truly transformed the way we communicate with people both professionally and socially. We don’t send people letters via postal carrier much anymore. We email them, text them, tweet them and tag them on Facebook. It has also changed the way we do business. Organizations aren’t just raising money through direct mail and phone banking – they are raising money through email fundraising appeals, their websites, and, to an extent, through text-to-give campaigns. Businesses aren’t just sending households coupons anymore, they are offering daily deals on sites like LivingSocial or sending out discount codes on social networks after you “like” them on Facebook or follow them on Twitter. 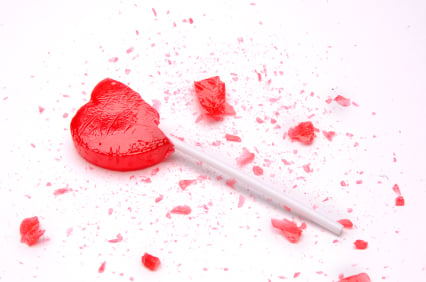 social media is as a marketing vehicle and social connector (and yes there are some great case studies), are people paying the price by giving up their personal data without blinking an eye? Does anyone have a problem with Facebook dictating what they think that we think is important through secret algorithms? What about proprietary algorithms like Klout that provide social scores to show brands or people’s “influence”? As organizations continue to invest more and more staff and resources into them, they should understand that social media is not all pretty rainbows that lead to a pot of gold. Social media can totally suck too. Here’s why.

Copyright: Who Really Owns Your Photos, Video and Media?

A lot of organizations and people maybe surprised to learn that when you post media such as videos, songs, and photos to social networks like Facebook and YouTube, you grant them (and sometimes their partners) a worldwide, non-exclusive, royalty-free license, to use your work, reproduce it and distribute it including for promotional purposes. And guess what? Because it’s royalty-free they don’t have to pay you a dime even if they used footage of that awesome video you directed in one of their TV ads. Check out YouTube’s terms on section 6C (similar clauses can be found on many network's terms of service). And guess what, they don’t even have to notify you that they used it.

It seems that Facebook maybe thinking about giving third party apps or networks the right to use your name or pictures in ads in the future. If you dig into their Statement of Rights and Responsibilities, it contains a tiny clause and a link about your right not to appear in third party ads. It then leads you to another link and after a while you finally see a clause that says “Facebook does not give third party applications or ad networks the right to use your name or picture in ads. If we allow this in the future, the [privacy] setting you choose will determine how your information is used.” This could have a huge impact on nonprofits, brands, and people who could potentially be used in ads; serving as endorsements without ever realizing or granting the company or even political campaign permission. Check your settings now!

As new features are rolled out, some networks like Facebook make changes to the community without your consent and input. Facebook has riled its community up several times over the last few years by releasing new features and sharing people’s personal info without notifying them properly. To make matters worse, they have forced people to search for the settings that allow them to opt out to maintain their privacy. Why does Facebook do this? Probably because founder, Mark Zuckerberg believes that that there is no privacy on the Internet. And while Zuckerberg has a point, (if you don’t want something public, don’t post it online) enough users think that they have a right to keep their data private and the FTC thinks so too! In November of this year, the FTC Chairman Jon Leibowitz said “Facebook is obligated to keep the promises about privacy that it makes to its hundreds of millions of users. Facebook's innovation does not have to come at the expense of consumer privacy.

How Your Personal Data Is Used

Every time someone signs up for Facebook, Twitter, or YouTube they give away their personal data and rarely question it. This data is stored and used for marketing purposes. That’s how marketers are able to do such niche targeting on platforms like Facebook. Over on YouTube they “may record information about your usage of the site, such as the channels, groups and favorites you subscribe to, which other users you communicate with, the videos you watch, the frequency and size of data transfers, and information you display about yourself as well as information you click on in YouTube.” Put simply, YouTube records and monitors every little thing you do on their network.

Now as a marketer, you probably like the idea of doing such niche targeting. I do too. But individual users often don’t realize how this data is being collected and used. Social networks should be transparent about the data they use for marketing purposes and not bury layers of privacy related links filled with legal jargon that very few people will be able to interpret. Sometimes when I read these privacy statements, I think they may as well have posted it in a 3-point font because no one will really understand it unless you studied law, and in particular Internet law.

No Clear Laws To Protect People From Online Harassment

“An estimated 40% of data being pushed onto the web is coming from social networks,” according to Sean Golliher, who founded and writes for the search engine marketing journal SEMJ.org. And while a lot of the data is everyday chatter of people sharing information, we have all heard the horror stories of people being cyber stalked or cyber bullied. Unfortunately the legal system is still struggling to understand the legal implications of technology, the Internet and social networks. Today there are a lot of old laws on the books that the legal system relies on and it is not adequately protecting people from online harassment.

For example, for “over a period of more than 18 months, Buddhist leader Alyce Zeoli received 8,000 harassing and threatening tweets from William Lawrence Cassidy. In 2010, Zeoli reported the harassment to the FBI and pressed charges. In mid December, a federal judge dismissed the case, saying that “uncomfortable” speech on sites like twitter is protected by the Constitution, according to Annie Urban who blogged about the case on the Care2 News Network.

“The judge in the case appears to misunderstand the nature of twitter. He noted that, unlike a “telephone call, letter or e-mail that is addressed to and directed at another person,” the postings on twitter (a “bulletin board”) could simply be turned on or off (source: New York Times). While it is possible to block people on twitter (just as you could block a particular phone number or e-mail address), there is nothing stopping that person from creating a new account and continuing the harassment. Twitter is, in fact, very much like a telephone call, letter or e-mail that is directed at another person,” said Urban.

Secret Algorithms That Claim Who Is Influential And Who Isn’t

To feed the obsession with social media, products like Klout have been developed to supposedly measure social influence. These vendors claim that if you give them permission to access your data, they can determine your influence by looking at your tweets, Facebook and LinkedIn updates, who is following you, etc. Here’s the problem. 1) Many of these vendors have proprietary algorithms so no one has any clue what they are truly measuring. 2) You can’t divorce offline influence from online.

Some of these vendors like Klout have collected information about people that they were never authorized to collect – including information about minors. How could this happen? Up until early November, Klout would score registered users Facebook friends and Klout’s algorithm could not tell who was a minor.

My advice. Be strategic and focus on what matters most - finding and cultivating the people who care about the issues you are working on whether that is 2000 people or 200,000 people.

So your organization has invested a lot of staff time and even consultants into building up a presence on Facebook, Twitter, YouTube, etc. But businesses come and go. No business is invincible because eventually something better and cooler comes along. So what’s your back up plan to continue to engage with your 50K or 1M people when Facebook fades? Do you also have these people’s email addresses? What will happen to all of your data if Twitter goes out of business? All empires fall. It’s just a matter of when!

Tip: In October of 2010 Facebook allowed users to download a copy of their own data. You can check out this feature by going to your General Account Settings and clicking on the link at the bottom that says “Download a copy of your Facebook data.”

The nonprofit sector often debates how to calculate the value of social media. While there have been case studies highlighting ...
Start Reading
Caitlin Ochs 2008/2/6 3 min read

I have been waiting to get my hands on the latest 2012 Social Networking Benchmark Report because it’s one of the only ...
Start Reading