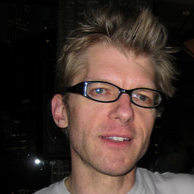 The answer really depends on how you define "fundraising". I recently had the pleasure of being a guest on Tony Martignetti's NonProfit podcast. The topic of this particular podcast was how nonprofits can best use Facebook. One thing Tony and I talked about was the difference between fundraising with Facebook and collecting donations with Facebook and how understanding the difference is absolutely critical.

Razoo recently published research showing that 33% of online donations come from e-mail appeals, while only 7% come from Facebook. Shocking, I know. However, it would be a mistake to conclude that Facebook is a waste of time.

Making a value judgment on Facebook based only on donations received completely overlooks the inherent value that Facebook offers.

When was the last time you actually forwarded an e-mail appeal to a few friends? Exactly. Facebook's strength is in the reach that's created as users talk about your campaign. Your fundraising strategy should include ways to get people to converse about the cause. The more they talk about it, the more their friends become aware of your fundraising campaign.

So let's say that one of your current Facebook fans makes a few comments on your page, and one of their friends becomes interested in that conversation. They click over to your page, add their own comments, and become a new fan. You just acquired a future potential donor! And although they probably won't donate to your cause any time soon, they might in the future.

To continue with our example, let's say that that new fan continues to comment and like your page updates. At some point, they might join an e-mail list as an expression of a deepening commitment to your organization. And then through email messaging, they might eventually donate for the first time.

If you done a few fundraising campaigns for your nonprofit, you've no doubt realized that most of your donations come from a small group of core supporters that donate again and again. And hopefully you have a peer-to-peer fundraising strategy where these cultists can support an event and make appeals to their friends and family members. And guess where they go first to share their fundraising page?

The average Facebook user has 130 friends. And many of these friends know each other. They went to high school together. They work together. There are blood relations - birds with the same kind of feathers. A powerful strategy for fundraising is to trend mentions of the campaign with in a small window of time. Kinda like what Give To The Max did. This works because it creates a buzz within flocks. You see your friend Jane talking about the campaign. Then you see Joe talking about the same campaign. And then Andy. Eventually you will ask yourself, "What the heck is this campaign?!"

Research has shown that donors are more likely to continue to donate if the nonprofit reports outcomes. They donated to create change in the first place, right? One of the best things you can do with your Facebook Page is to consistently report outcomes. But don't wait for the big outcome, like ‚ÄúWe found homes for 1000 cats this year". Report the small steps: "Scruffy now has a new family".

One of the biggest mistakes that nonprofits make on Facebook is that they neglect their Facebook page after the campaign is over. This hurts everyone. Don't do it. Create a content strategy that includes a calendar for the entire year - or at least the next three months.

Finally, Facebook can in fact help you collect donations. You can add a custom tab your page that highlights your campaign and directs people to your fundraising page on your website. It's best if you can create a unique landing page specifically for Facebook so that you can easily measure how Facebook fans convert.

A Handshake is not the best tool to collect money

So yes, you can collect donations through Facebook. But again, Facebook's strength lies in expanding awareness around your cause, and deepening relationships with supporters. Just like a handshake is not the best tool to collect money. What do you think?

*John Haydon is the founder of Inbound Zombie, a social media strategy firm in Cambridge, MA. You can read his blog here.

Will the Dough Rise with Crowdrise?

One of the more exciting developments in the cause space is the rise of middleware platforms to enhance nonprofits fundraising ...
Start Reading
Allyson Kapin 2011/1/24 3 min read

Blog Picks of the Week

Year-end fundraising is here. This is the time of year that your organization should be raising up to 40% of its donations ...
Start Reading