POV: Involving Your Staff in Your Capital Campaign and Why it Matters 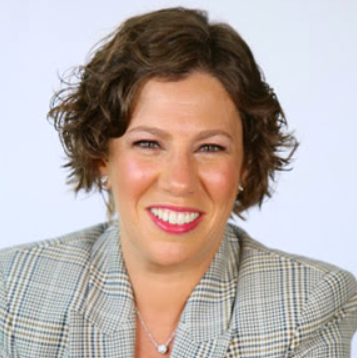 Years ago, when I first entered the capital campaign consulting field, my mother decided she wanted to support the capital campaign I was working on. She wanted it to be a surprise, so instead of telling me and asking me to connect her to the right person to transact the gift, she just drove to the organization and went up to the front desk.

“I’m interested in making a gift to your capital campaign,” she said, expecting to be greeted with excitement.

Instead, she got a puzzling response. “I don’t know anything about that,” replied the receptionist. “Let me call someone to find out who can help you.” She then called the development office, but no one answered. She then dialed the program director, but she was busy and not available to speak with my mother.

“You’ll have to come back at another time,” she told my mother. “Or, if you leave your name and number, I can have someone call you.”

My mother was flummoxed. She had planned to make a gift of $10,000 right there and then. It would have been the largest gift she had ever made. But because no one seemed to know or care about the capital campaign, she walked out reconsidering her gift.

She wondered whether she should give to an organization in which the staff knew nothing about what she had thought was a big and important fundraising initiative.

Of course, she called me to relate her unsuccessful attempt to make a big gift. My mother’s story rocked me back on my heels. I had been working with the organization for some months and felt good about the progress. We had just launched the quiet phase of the campaign and the early solicitations had gone well.

Myself, campaign leadership, and the board had been working together closely so far, but we hadn’t done anything to let the staff know about the campaign. So other than a few key people, everyone was in the dark. And while we knew that we didn’t want to publicize the campaign widely, we had neglected to make sure that the staff knew what was going on.

With my mother’s experience to guide us, we took a step back and developed a plan to inform and involve all the staff and volunteers in every department—program, finance, marketing, administration and more. Our goal was to have every person who worked in that organization, from the custodians and fitness instructors to the program heads, aware of and excited about the building project that was being planned and the capital campaign.

We wanted everyone to understand the project well enough to be able to talk about it with people they encountered.

That organization had more than 60 part and full-time people on staff. We realized that every one of those people interacted within a community of friends and acquaintances. If they were excited about the project, they would spread that excitement through their communities and potentially help us acquire more donors.

Our Two-Part Plan to Inform and Engage the Staff

First, we informed and updated every staff member about the project plan.

To do that, we organized three meetings that would take place over the course of a week and occur at different times of day. We invited all staff members—full and part time—to come to whichever meeting suited their schedule best. And to increase attendance, we let everyone know that if they attended one of the three meetings, they could enter a drawing for three Amazon gift cards worth $50 each.

At each meeting, our executive director and board chair presented the project plans and timeline, using slides and posterboard images of the new project. They talked about the benefits of the project and highlighted the differences it would make to the program.

We left ample time for questions and encouraged discussion. We didn’t shy away from discussing the disruption and inconvenience that would likely affect many staff members during the construction period.

At the end of each meeting, we told the staff members who they should contact if they wished to ask more questions and make suggestions.

Once we had informed everyone about the project, we set about contacting staff members who might be actively involved.

We organized a training for all external-facing staff and we trained them about how to talk about the project to the public. Never again would the person sitting at the desk or answering the phone be caught off guard by someone like my mother who asked about the project.

Then we scheduled a meeting of the finance and development offices so they could talk through the processes that need to be in place to make sure that campaign contributions were accounted for accurately and reconciled with finance.

We met with the marketing and public relations departments to discuss what would be needed to support the campaign. We also came up with a plan that would provide them with the resources they needed.

A Special, Unexpected, and Inspiring Result

Soon after the meetings with staff, the executive director had an unexpected visit from a member of the janitorial staff who had worked in the building for more than two decades. He did his work well and brought a friendly spirit to the building. He told the director that he was so excited by the new project that he had decided to give $1,000 to the campaign.

“This place is like a home to me,” he said. “I want to do everything I can to help make this project happen. I’ve been saving my money and now I’m happy to give it to you for this project.”

The Director was so touched by his gift that she asked him to present it himself to the board at their next meeting. When he did, the board members gave him a standing ovation.

Of course, my mother did give her gift to the capital campaign. She was happy that her experience had triggered such a constructive response.

So, as you plan and launch your own major fundraising initiative, take the time to ask a few questions:

Answering these questions early and working through your own organization-wide inform and engage process will pay dividends once your campaign is in full swing. Not only will you create a more collaborative, equitable experience for your entire team, but you’ll also eliminate silos that might otherwise slow your progress (and incoming donations).

If you’re on the board of an organization that’s considering a capital campaign, there are things you need to know. This guide will help you understand your own role, and that of the entire board, during a campaign. Download this free guide today!

Amy Eisenstein, ACFRE, and Andrea Kihlstedt are co-founders of the Capital Campaign Toolkit, a virtual support system for nonprofit leaders running successful campaigns. The Toolkit provides all the tools, templates, and guidance you need — without breaking the bank.

Amy Eisenstein
Amy Eisenstein, ACFRE, is CEO & Co-Founder of the Capital Campaign Toolkit. She is a veteran fundraising consultant. With over 20 years of experience... read more