The 30-minute “Kony 2012” video produced by the nonprofit Invisible Children, which generated over 70M views on YouTube over the past week, has caused a firestorm in the nonprofit community. The $700K budget video is powerful, provocative and tells an incredibly emotional story about Joseph Kony, a Ugandan guerrilla group leader, head of the Lord's Resistance Arm (LRA). Since 1986 the LRA has abducted 66K children, and turned them into child soldiers. The LRA are responsible for displacing 2M people since their rebellion began in 1986. While Kony was indicted in 2005 for war crimes, he has never been captured. Invisible Children is hoping to change that. Their goal is to make Kony a household name in the U.S.  This video is what we believe to be the first part of a multi-pronged approach for their 2012 campaign to lobby the U.S. Government to help capture Kony.

The video follows important storytelling principals, such as the th 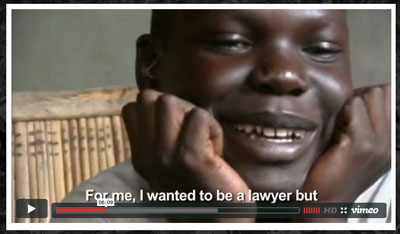 ree-storytelling elements crafted by renowned Harvard Professor Marshall Ganz. The three elements are: a story of self, a story of us, and a story of now. “A story of self communicates who I am: my values, my experience, why I do what I do. A story of us communicates who we are: our shared values, our shared experience, and why we do what we do. And a story of now articulates the present as a moment of challenge, choice, and hope,” says Ganz. The Kony 2012 video incorporates these principals exceptionally well.

More importantly though, the video has captured widespread attention through multiple channels. People have been so moved by the video and story that they are sharing it across social networks, like Facebook and Twitter, by the minute. It quickly made the front page of Reddit, and people have been re-pinning “Kony 2012” images on Pintrest. The mainstream press and niche blogs are adding their viewpoints to the story as well. Bottom line - millions of people who had never even heard of Joseph Kony, or the brutal civil war that the people of Uganda have endured for years are finally learning about it, and listening. Seeing so many people moved by this story and sharing it with all of their friends, family, and colleagues is a beautiful thing. And it makes me feel that collectively we can make a difference. But then reality quickly sets in.

But Now What? How Will the Needle be Moved?

What will all of the 70M YouTube viewers do about Kony, or the war in the region? Will they sign up to Invisible Children’s list? Will these people be properly cultivated and start to lobby the U.S. to get involved in the regional conflicts? Will the U.S. even care to get involved since there is no oil at stake? Are the YouTube viewers donating money to Invisible Children and other relief organizations to support the people affected by the civil wars in the region? According to Seth Godin, the money raised so far “is significantly less than a dime donated (on average) per viewer.”

A lot of discussion around the strategy of the video and overall campaign has arisen too. For example, is trying to “make Kony famous” even the right strategy to raise awareness and generate action on the atrocities that are happening in the region? Why has it taken 26 years to make a video like this? And while the $700K video was well produced and edited, is this the type of large financial investment nonprofits should be making to generate attention around the issues they work on? If it is, the nonprofit community is in serious trouble because very few organizations could ever afford $700K to make a video. And even if they could raise the funds, it’s a huge gamble to take. It’s worrisome that some nonprofits will now think that slick videos with a high price tag will automatically go “viral.” It could not be further from the truth. Very few videos go viral to this extent no matter what budget is spent.

And while we are on the topic of viral, what does 70M video views and lots of “Likes” on Facebook and RT’s on Twitter really get from an organizing perspective? Raising awareness is awesome and a great first step as part of a longer ladder of engagement. But unless these new people are immediately cultivated properly, and remain committed to this issue, Kony 2012 will be just another blip on people’s radar. No matter how the Kony 2012 campaign plays out, this is one nonprofit case study that will be discussed for quite some time.

Storytelling: Up Close and Personal

When your nonprofit tells a powerful story that inspires your members, or even a funny one that makes them laugh, you establish ...
Start Reading
Allyson Kapin 2012/3/18 6 min read