We’ve talked about the importance of storytelling on Frogloop before. Sarah Massey reminded us earlier this summer that we can all be our own reporter and we included effective story telling as of our favorite Five Tips to Enaging New Online Activists. Today I want to highlight some recent nonprofit campaigns telling great stories with the end-goal of building a movement.

Put Video in your Storytelling Tool-Belt
Video is one of the most effective means of storytelling and its a must have for online activists trying to foster movements. The Courage Campaign’s recent volunteer-led campaign “The Wedding Matters” is a great example. In one weekend, the team produced and edited 38 videos from start to finish. The finished videos featured wedding stories from couples who were married in 2008 before Prop 8 passed. They are emotional, human, and deeply personal. The Wedding Matters Campaign leveraged the skills of dozens of volunteers and involved the team in meaningful work. The captured stories shared the experience with the Courage Campaign community when supporters were asked vote on their favorites.

Another exemplar of effective video storytelling is Mark Horvath, who’s InvisiblePeople.tv project has involved a broad community in understanding the reality of what homelessness looks like in the community and inspired the establishment of new programs and community solutions. Mark’s evident empathy and his matter-of-fact attitude in his interviews with homeless individuals serves as an example of how one person can make a difference. The stories he shares grow the movement and give people courage not to be afraid of a situation that often seems intractable.
Harness Stories for Organizing
Stories are even more powerful when you tie them into your activism goals. Bill McKibben and the team at 350.oprg are doing great with this approach. Bill and his team are on a road trip right now to call on the 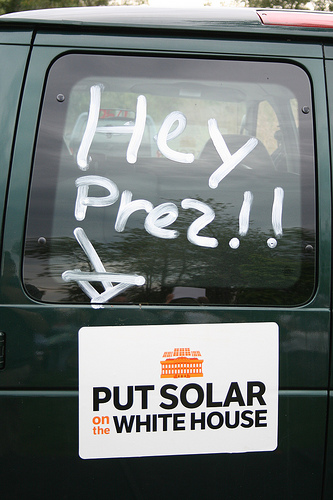 Over to you
What challenges do you face in telling your story to an online audience? What organizations are following this approach well and who are the master storytellers in the community that we should learn from?

Storytelling: Up Close and Personal

When your nonprofit tells a powerful story that inspires your members, or even a funny one that makes them laugh, you establish ...
Start Reading
Allyson Kapin 2012/3/12 6 min read

The 30-minute “Kony 2012” video produced by the nonprofit Invisible Children, which generated over 70M views on YouTube over ...
Start Reading