Are Email and Fundraising Response Rates in a State of Decline?

The 2013 eNonprofit Benchmarks Study with 2012 stats was just released and it's packed with all sorts of juicy email, advocacy, and fundraising data from 55 nonprofits ranging from environmental organizations to human rights organizations.

Check out the data I pulled from the report that I think is worth comparing to your own organization's benchmarks.

The good news is that online revenue is up and monthly giving programs have grown 43%. Email list sizes are continuing to grow at about 15%. Overall, nonprofits are reaching new supporters more than ever across online channels.

Now the bad news. Email response rates are down, particularly around fundraising messaging. Are nonprofits falling into the trap of treating their supporters like ATM machines? Are they not focusing on nurturing relationships with supporters and engaging them in meaningful ways? You would not believe what my email inbox looks like these days from nonprofit organizations. “Give me money” – seems to be the central theme. This is problematic because it causes list burn out and people begin to tune out and not respond to emails when you really need them. 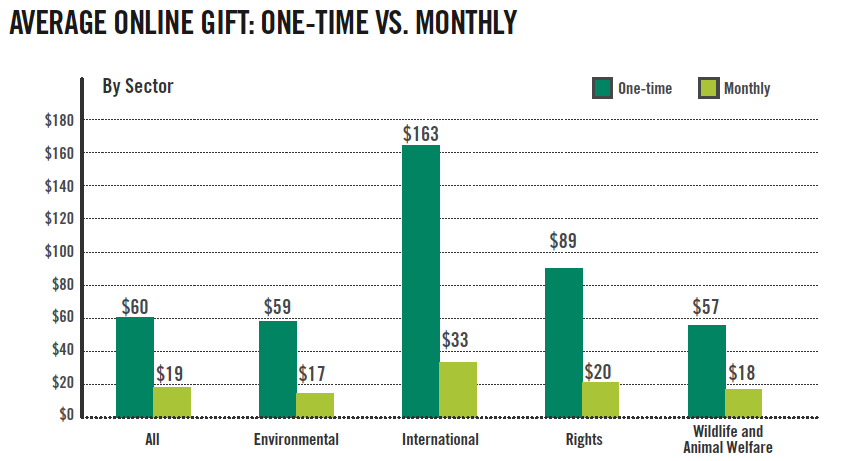 The biggest take-away after reviewing this fundraising data is that organizations need to focus on engaging with people even if there are no major international disasters or major legislative bills to fight against. The world continues to face serious issues like the lack of affordable housing and healthcare even with the new healthcare bill passed. Climate change is happening right before our eyes. There are plenty of opportunities to engage our supporters if we do it right.

Later this week we will dive into the social media and mobile benchmarks from the eNonprofit Benchmarks Study.

Do you know the average click-through and open rates on action alerts and fundraising appeals across the nonprofit sector? Are ...
Start Reading
Allyson Kapin 2010/4/6 6 min read

2009 Nonprofit Benchmarks: How Does your Organization Measure Up?

If your nonprofit is not developing yearly benchmarks for its fundraising program, website visits, email and e-newsletter open ...
Start Reading