Let’s discuss the crowded social media landscape for nonprofits trying to spread the word about an engagement opportunity, specifically turning to Facebook:

These statistics paint a clear picture, and it’s not necessarily a pretty one: for the modern nonprofit, connecting with supporters through Facebook is a challenge when it comes to actually being seen. 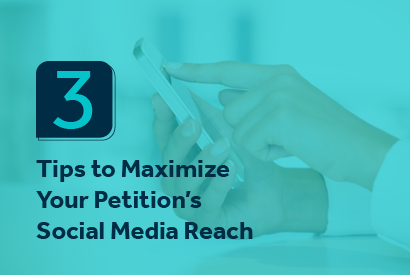 What does that mean for your nonprofit’s advocacy efforts, specifically when it comes to securing much-needed signatures on petitions? Does it mean that you should stop dedicating time and resources to sharing these petitions on social networks?

At GoodUnited, we work with nonprofit organizations to understand, inspire, and grow their relationships with the next generation of social media supporters. We’ve found that the key to success isn’t necessarily reaching the maximum number of users— something that many nonprofits struggle with, considering the statistics above— but instead connecting with and building a lifelong relationship with each supporter you do reach on the platform. We’re going to cover the following four tips to maximize engagement with your petitions on Facebook:

Social media can supercharge advocacy efforts due to its unlimited reach and cross-generational audience, but only if you’re designing an outreach strategy with engagement and relationship-building in mind.

With these tips, you won’t be shouting into the void of a busy social landscape but connecting with individual users about your petition and mission. Let’s dive in.

Optimize your posts for maximum engagement.

The first vehicle of social sharing that comes to mind when you consider gaining traction for your petition is posting and doing so often. However, too many nonprofits fall into the trap of posting with their needs and schedule in mind, rather than thinking of the user on the other end viewing the information.

Challenge your social team to post in a way that’s useful, engaging, and timely for supporters. This will make posts about your petition stand out in your supporters’ timelines. To create the most engaging and effective posts, here are a few tips to keep in mind:

With these tips, not only will users be more likely to see your posts regarding your petition, but they’ll also be more inspired to engage and informed about how to do so. But, is posting on your nonprofit’s page the only avenue for sharing your petition with supporters on socials?

Not quite— let’s explore a few additional channels within the world of Facebook that you can use to share this opportunity.

Make the most of every touchpoint.

The greatest benefit of social media is that it presents the opportunity to interact with your audience. However, too many nonprofits consider this interaction as a way to interact en masse— as in, with all of their social supporters at once. What if you started using socials to connect with each individual supporter, one-on-one?

Consider the following contrasting scenarios to see why this approach is so powerful:

In which instance are you most likely to respond? We’d guess the second one. This personal, individual connection is why one-on-one communications are so powerful. And these connections all start by building the foundation of impactful relationships.

To start making these personal relationships, you’ll need to make an effort to maximize every touchpoint you have with individual users. For example:

The idea here is that users who are engaging with your nonprofit individually and publicly on social media are likely to be avid supporters of your cause. It naturally follows that they may be interested in signing your petition, so you should share it with them while your organization is front-of-mind to make the most of their interest.

With that in mind, did you know that posts made in Facebook groups, rather than those made to individual profiles, are favored in the platform’s algorithm? So, if you make two identical posts— one on your nonprofit’s main profile and one within a group made for your supporters— users are more likely to see the second post.

Use this to your advantage to increase the visibility of and engagement with your nonprofit’s petition. For example, create a Facebook group for your supporters on Facebook who are interested in advocacy efforts.

In this group, post about your petition using the tips from the first section of this guide. However, also encourage users in the group to champion your cause themselves, sharing the petition far and wide, starting with their personal social network. Not only will your petition meet the eyes of those who follow your nonprofit on social platforms, but the extended networks of those supporters.

While this guide discusses virtual peer-to-peer fundraising, it does have a few prescient ideas as to why groups are so powerful for spreading the word: “Creating a community allows participants to connect with one another, connect with your nonprofit, discuss their efforts, and share encouragement.”

Perhaps more than most efforts, signing a petition can seem like an individualized activity— each person signs their own name, independently of your nonprofit’s other supporters. However, the big picture— the mass of names on the document— is what actually enacts change for your cause. Groups draw on this idea of impact through unity as well, and the community you create can be a powerful tool for supporter retention going forward.

To wrap up, simply broadcasting your petition across social media networks isn’t going to result in maximized engagement, increased signatures, and impactful change for your cause. But, sharing your petition with engagement and relationship-building in mind, will.

By optimizing your posts, making the most of every one-on-one touchpoint with users, and using Facebook groups to create a community for advocates, you’ll be able to secure more signatures for your upcoming petition. But, even better, you can start raising your relationships with the next generation of social supporters for years to come.

If the tips in this guide, specifically turning to one-on-one conversational messaging and managing large Facebook groups, seems out of reach for your staff’s current capacity, remember that you can always work with a provider of social fundraising solutions to grow these relationships at scale. Good luck! 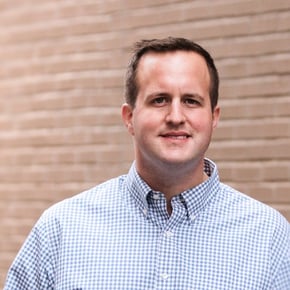 Nick is the Founder and CEO of GoodUnited, a venture backed Software as a Service (SaaS) startup that helps nonprofits like Wounded Warrior Project, American Cancer Society, World Wildlife Fund create 1:1 relationships with their donors through the combination of data science and human judgement delivered in conversational messaging platforms. Nick's work with GoodUnited resulted in being named The University of North Carolina at Chapel Hill’s 2017 Distinguished Young Alumnus. Nick has been an innovator and leader at the intersection of business and social impact for over ten years. The concept for GoodUnited came through Nick's work co-founding and leading Stop Soldier Suicide, a 501c3 that grew from startup to national leader in reducing veteran suicide to the national average in ten years. Stop Soldier Suicide’s growth and impact resulted in Nick being selected as a Presidential Leadership Scholar and a Leadership North Carolina Fellow. Nick co-founded Stop Soldier Suicide stemming from his experiences leading Paratroopers as a Ranger qualified Army Officer with the 173rd Airborne during 27 months deployed to combat zones in Afghanistan. During Nick's six years of service he was awarded two Bronze Stars, an Army Commendation Medal for Valor and as a Field Artillery Officer, was repeatedly ranked 1st among 50 peer Officers in a premier Infantry Battalion. Nick received a BA from The Johns Hopkins University. At Johns Hopkins, Nick was a four-year member of the Varsity football team, the first two-time President of Alpha Delta Phi Fraternity and a four-year scholarship winner of the Army ROTC program. Nick received an MBA from Kenan-Flagler Business School at the University of North Carolina. At Kenan-Flagler, Nick was awarded the Rollie Tillman Award for Leadership, selected as a Kenan Institute Leadership.

Slacktivism: Why Snopes got it Wrong About Internet Petitions

"It is always with the best intentions that the worst work is done," observed Oscar Wilde. And so it goes with an unfortunate ...
Start Reading
Ned Baker 2013/5/17 3 min read

The Art of Petition Delivery

Last April, 69-year-old pulmonologist David Dao was dragged, wounded and bleeding, off of a United Airlines plane after ...
Start Reading