Tough Times at Your Nonprofit? Don't Cut Back - Expand!

Even in tough times, nonprofits need to expand their outreach. Why? Because it’s likely to be both cheaper and more effective in a down economy than in one that’s growing.

When times get tough, those nonprofits and businesses that survive usually end up 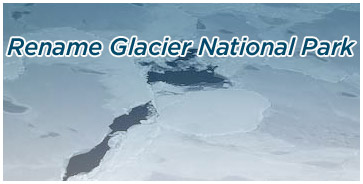 cutting costs to the bone, since donations, grants and sales are all probably headed down. But some smart leaders have realized that expansion can actually be cheaper at times when assets are undervalued and services are under-used. A good example we can look to, of all things, is a former public interest attorney who’s become a serious player in the nuclear energy industry by scooping up resources over a decades-long lull.

Silver-haired Jerry Grandey is the unlikely wizard behind this next-gen energy company [Cameco]. He got his start in the 1970s as a long-haired public interest attorney working to shut down some of the nuclear power plants that now make up his biggest customers.

His conversion into a nuclear power player, he says, evolved out of a long-held belief that the promise of the technology is sound and that the safety issues he took on as a young lawyer have been addressed.

Grandey has backed up his convictions at considerable risk. He quietly built up Cameco during a long and painful down market, when few others believed that nuclear plants would ever be part of energy’s future. “When the world wakes up and rediscovers nuclear,” says Grandey, prepping for a meeting in his Saskatoon office, “there is going to be a segment of the investing world that asks: 'How do I invest in nuclear?' We want the answer to be Cameco.”

Whether or not you think nuclear fission should be part of the world’s power portfolio, let’s learn something from this strategy. Cameco’s management took the long view and realized that it would be cheaper to grow their company when their particular industry was in the tank than when it was thriving. Equipment, mineral rights and whole other companies would cost less to acquire. Plus, buying these assets could position the corporation to take advantage of any eventual upswing -- ­ assuming that it didn’t over-extend itself in the process.

How can nonprofits (and advocacy groups in particular) apply this logic? First, even if financial problems have popped up recently, or you’re worried that they might, you still want to take a long view. Yes, you need to survive the immediate downturn, but you want to do it in a way that maximizes your chances of achieving your goals over the years to come. For instance, trade groups, policy organizations and grassroots rabble-rousers alike have an almost universal need to reach out and gather supporters, whether for fundraising, education, recruitment or advocacy. Just about anyone assembling that kind of support in the modern era is going to turn to the Internet; ­ if the Obama campaign has taught us anything, it was that.

So let’s look first at a typical list-building goal. The amount you can raise per person has probably declined this year, so how can you make up for that? Depending on the costs involved, one way is simply to recruit more people. One thing to realize is that your most common outreach methods are probably cheaper than usual in a down economy. For instance, Google Ads have become one of the most effective ways to capture people’s attention, and most keywords are going to cost less per click than they would have at the height of the economic boom. Even if your nonprofit is getting free Google Ads through a Google Grant, you’re likely to get more bang for the buck now than you would have a year or two ago, making them an even more valuable tool.

The same equation applies to blog ads, paid public relations, design services and that full-page spread in the New York Times. The less the demand, the less those initiatives are likely to cost you. But what happens if times are so bad that you have no money to spend -- and neither does anyone your list? Well, what can you ask supporters and POTENTIAL supporters to do that doesn’t require them to spend money? A good solid advocacy action can give them the feeling that they’ve contributed something, even if they haven’t a dime to spare. Once they get involved with you via the advocacy action, they will be primed to stay with you when times get better.

Online advocacy actions are a dime-a-dozen, though, so go out of your way to find a juicy target ­; a corporate or media target might work if you're not mobilizing your list around a bill. Contests can be another great way to get people involved (I once worked on one to “rename” Glacier National Park, since global warming is melting the ice, you see…), as can social media campaigns ­ that ask people to send in their stories, photos, video, slogans, policy ideas, or whatever you (and they) can come up with. The basic idea: When people can’t give money, they may be more willing than usual to give you their time and their creativity. So, let THEM help you tell your story.

Thinking more broadly, resource scarcity makes recycling more than just a “personal virtue.” ­ It becomes an imperative, since you’ll want to squeeze every bit of value out of the content that you do produce. Can you cross-purpose a live event, for instance, by using a $100 video camera to shoot short attendee interviews and post them to YouTube? Once online, these video clips in turn give you fodder for blog outreach, an update for your Facebook/MySpace pages and the potential subject of a mass email to supporters. It comes down to doing more with what you have, and often to substituting time (yours or your supporters’) for cash.

Perhaps it helps to think of yourself as competing for public “mindspace.” When many companies and organizations are short on resources and have to cut back on advertising and marketing, you’ll functionally face less competition for the attention of potential supporters, enthusiasts, donors and grassroots publicists. Add in the fact that millions of Americans are now either unemployed or underemployed, and you may find that an enormous cognitive surplus exists out there waiting to be tapped, ­ and that it’s usually a lot easier to catch fish when they’re hungry than when they’re full.

How is your nonprofit handling tightened budgets in online communications and outreach?

This article was written by Colin Delany, Founder and Editor of Epolitics.com

The Real Deal on Foursquare and Geosocial Apps

Are geo-location services like Foursquare and Gowalla really here to stay? Or are they just embraced by early adopters who are ...
Start Reading
Allyson Kapin 2009/7/14 3 min read

WOMM (word of mouth marketing) and earned media should be key components of any communications plan to market your nonprofit’s ...
Start Reading
Allyson Kapin 2009/12/28 6 min read

Best Nonprofit Strategies to Utilize in 2010

As nonprofits scramble to meet their year-end fundraising goals, this is also a great time of year to reflect on what online ...
Start Reading