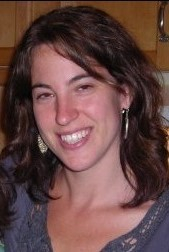 Happiness is a better indicator of philanthropy than wealth is. And we shouldn't be surprised.

The Charity Aid Foundation, based in the UK, reported this finding in their first-ever study, called the World Giving Index. Released two days ago, they looked at 153 countries; the largest ever study of global charitable behavior, relying on data largely from Gallup's Worldview World Poll.

The index analyzed generosity in terms of giving money, giving time as a volunteer, and helping strangers.

While wealth can tell you about the financial capacity of a person, it can't tell you how generous they are. Those of us in the business of fundraising know that giving is an emotional act. Philanthropy is less dependent on the size of the bank account than on matters of the heart. Anyone who has been responsible for testing copy (whether direct mail or online) knows from experience that it's the personal message, the picture of the child, the emotional appeal, that brings out the wallet. That's why we shouldn't be surprised at this Index's results.

So what do these results mean?

The bad news for fundraisers is that we don't have the tools to detect the happiness rates of all donors and prospects, so we can't easily measure who the happiest people are, in order to solicit them for support.

But there’s good news, and it comes in a few different flavors:

Takeaways based on the Index’s results:

The top 5 countries are:

5. Tied between USA and Switzerland.

﻿*Ryann Miller is the Director of Nonprofit Services for Care2.

The Online Giving Study: A Summary

Despite all of the delayed campaigns, lower donations, budget-cuts, and general angst caused by the economy, major gift ...
Start Reading