Social Media: A Bubble About to Burst

Are your nonprofit staffers addicted to social media? Do they feel that one day Twitter and Facebook are going to bring in the big bucks and build a huge base of activists that will come to your organization’s rescue when you need their help the most? Perhaps when you're working on passing one of the most important legislative bills in your organization’s history? Well, I wish you lots of luck and good fortune. 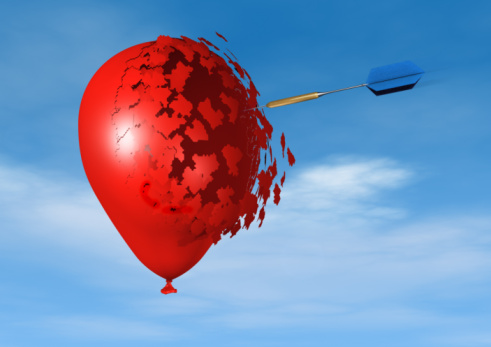 Don’t get me wrong, some wonderful initiatives have been leveraged via social media. The inspiring Tweetsgiving, developed by Epic Change, raised over $55K over the last three Thanksgiving holidays to build schools in Tanzania. Twestival raised $1.2 million within 14 months for 137 nonprofits.  The American Red Cross reached millions of people on Twitter and Facebook after the tragic earthquake hit Haiti and raised a historic amount of money via a "text to donate" campaign. But these examples are rarities. That’s why they are often highlighted in case studies – because they stand out from the rest of the nonprofit sector, which has seen a limited return on their social media investments in the last four years.

Nonprofits have also had some degree of success targeting politicians publicly on Twitter and Facebook and "tweet bombing" them around legislation. There’s value in putting politicians in the hot seat. It makes for a good news hook and can help fire up a campaign, but how much has organizing around social media truly moved the needle around key legislative battles? That’s the important question to ask.

For the past couple of years, I have encouraged Frogloop readers to integrate social media as PART of their communications and outreach to raise awareness and foster discussions. I still stand by that position. But the growing obsession with social media – in particular thinking Twitter and Facebook is a silver bullet for list growth, website visits, and donations –  is misinformed and just bad strategy.

"I think people are becoming obsessed with social media because in an era of difficult fundraising, it's perceived as a quick buck – which couldn't be further from the truth.  I also think it's systemic – nonprofits want to appear "innovative" to funders & the media who too often believe innovation is a more relevant criteria than impact," said Stacey Monk, Co-Founder of Epic Change.

One reason some nonprofits gravitate towards social media is they think that it’s a free way to reach millions of people. But, social media is not free. It can be extremely staff-intensive (which equals money), especially since nonprofits are not selling products like Dell Computers, but rather trying to create social change locally or across the world. No easy feat.

As you know, many of the nonprofits that started 80 years ago such as the American Cancer Society and the American Heart Association still exist today because they have not reached their ultimate goals – curing these terrible diseases that kill at least 590,000 Americans every year. It’s going to take more donors, funded research, and people lobbying for legislation across ALL channels (email, direct mail, phone, up close and personal, broad and targeted earned media, and social media) to make progress. But social media alone will not win us victories.

In the past four years, we have witnessed social media transition from a social space to a medium that often feels like a competitive public relations arena filled with “influencers” who have so-called Klout and strategists who have made money on empty promises.

"To be honest, it's so crowded and very few people are listening to the open stream anymore.  That was quite different when we originally launched TweetsGiving," said Monk.

So the next time someone tells your nonprofit that social media is the bees knees, ask them to show you social media's ROI – aka its direct impact on nonprofits. Ask them to show you the increase in memberships and donations across the nonprofit sector and the evidence that more people are calling or meeting with their members of Congress to lobby for legislation. Ask for proof that the needle is being moved.

Social media as a fundraising, list building, and organizing tool has been inflated for four years. How much longer can nonprofits afford to significantly over-invest in it, before the bubble bursts? #JustSayin

Ever since social media was deemed the coolest communications channel on the block, nonprofits are continuing to question what ...
Start Reading
Allyson Kapin 2012/4/3 3 min read

I have been waiting to get my hands on the latest 2012 Social Networking Benchmark Report because it’s one of the only ...
Start Reading
Allyson Kapin 2009/9/22 7 min read

Does Millions of Followers Mean You’re Changing the World?

Marketing guru Seth Godin is a very smart guy – obviously. But one of his recent posts about nonprofits (“The Problem with ...
Start Reading