How Useful is Social Media to Nonprofits?

No matter where you look, social media is on everyone’s radar. The big question nonprofits ask is, how useful is social media? In an attempt to help nonprofits answer that question, Idealware, in partnership with NOI, recently released "The Nonprofit Social Media Decision Guide."

According to Idealware’s survey of over 750 nonprofit staffers:

While many nonprofit staff were optimistic in hopes of reaching constituents and building better relationships with them via social networks, nonprofit staff clearly don’t think they are raising money through these channels.

"Most who have successfully used Facebook as a fundraising technique either use it as just one of many communication methods (like supplementing a direct mail and email campaign), or do very personal campaigns - for example, the [Causes] “birthday” campaign, where users ask folks to donate to a cause in support of their own birthdays," said the report.

Other tangible results include: 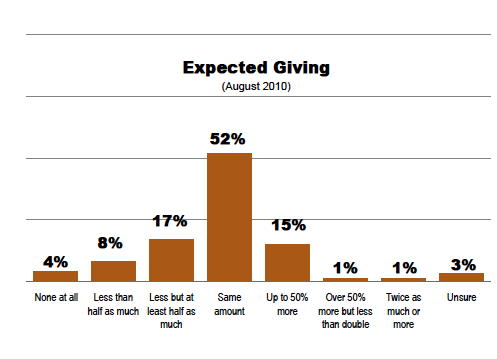 Also noteworthy, of the 271 Facebook users and survey respondents, (38 percent) said they would probably look for a Facebook page for an organization with which they were considering volunteering. 43 percent of these respondents said they use Facebook daily.

According to Idealware's small sample of about 69 nonprofit staffers, Twitter is used to learn about
new resources or keep up with specific issues, to post about what they’re doing, or to market themselves,
and often, all of the above.

Idealware asked respondents who were also active twitter users, how often they found information or took action about nonprofit causes via Twitter. The data revealed that while people may be hearing about nonprofits and clicking through to their websites to learn more, these people are also less likely to get involved by volunteering, taking action or donating.

As nonprofit campaigners have suspected and Frogloop has reported on, just because you have millions of followers, does not mean you are saving the world. The report concluded lots of followers "doesn’t mean they’re actually paying attention to what you’re saying. The only way to measure that is to look at how many people click on links, retweet your posts, or take action."

How do Idealware's stats measure up to your own nonprofits social media statistics?

Five Tips to Ramp Up Your Nonprofit's Fan Pages

Your nonprofit may not be raising much money off of Facebook, but fan pages are useful tools in helping nonprofits build ...
Start Reading
Allyson Kapin 2012/4/3 3 min read

I have been waiting to get my hands on the latest 2012 Social Networking Benchmark Report because it’s one of the only ...
Start Reading