Many of Frogloop's readers are professional nonprofit fundraisers who watch trends like a hawk -- at least when those trends affect fundraising results across sectors and channels.

Of the different trend-spotting and benchmarking resources, few are as important and authoritative as the "donorCentrics Index of National Fundraising Performance" published quarterly by Target Analytics, a division of Blackbaud.

Target's data this year was drawn from 80 different nonprofit organizations, 38 million donors, 79 million gifts and $2.5 billion worth of donations revenue (although it excluded any donations worth $10,000 or more). Channels covered included online, direct mail, telemarketing and canvassing.

So what was the big picture "headline?"  A sobering one, overall. But with a few very bright spots.

"The Increase in Revenue Per Donor Is Still Not Compensating for the Declining Quantity of Donors," Paige told us is the headline from the survey. 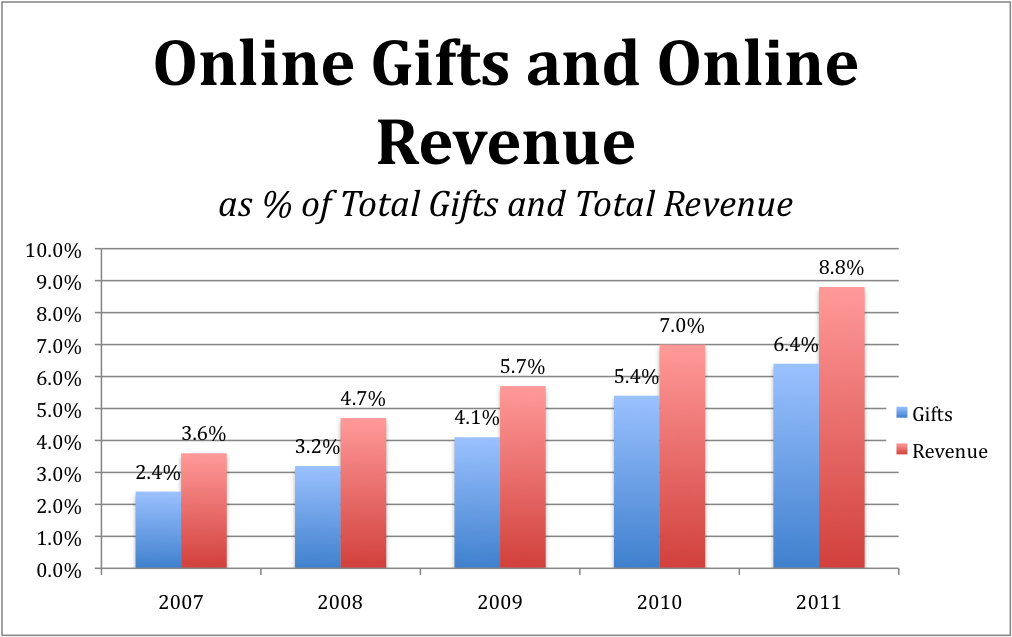 [When I asked Paige about this phenomenon, she generally agreed with me that fundraisers at the advocacy-driven Social Benefit organizations did so well because they've gotten good at using online petitions and other online actions to recruit new multichannel donors, such as Care2 delivers for our nonprofit clients. Of course, it also "helps" that the very polarized political atmosphere in the USA right now has greatly boosted the impact of these campaigns, making them more urgent and grabbing even more attention. We've all had LOTS to argue about and advocate in recent years!]

One item missing from this year's report was a status update on the performance of Direct Mail as a new donor acquisition channel.  In past years the index has shown a deep and seemingly inexorable decline over the past six years in the number of new donors acquired via Direct Mail -- plus an accompanying increase in the average age of the donors being acquired via the mail.  This has fueled growth in services like ours at Care2, which are an alternative source of new multichannel donors, acquired online -- because we deliver not only email addresses but also postal addresses to enable cultivation and conversion of donor leads via Direct Mail. For more information about these and other Care2 services to help nonprofits find new donors, make sure to check out the information here.