Even though the U.S. economy is still recovering, the majority of Americans (60%) still give to charity, according to the Next Generation of American Giving study by 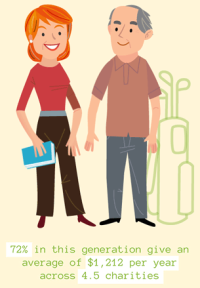 Blackbaud. The study looked at giving habits and trends across four generations of donors – Matures (68+), Boomers (49-67), Gen X (33-48) and Gen Y (18-32). Unfortunately the economy has taken its toll on charitable giving as donations have remained flat. This trend is not expected to change anytime in the near future, said the survey.

Can you guess which generation is responsible for the most charitable donations? Not surprisingly Boomers Give 43% of all dollars donated.

Check out some of the key findings from the report. 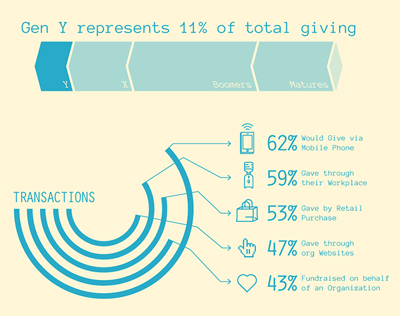 Social service charities, religious, and health organizations are supported by the largest percentage of donors across all generations. It’s important to note the following data emerged across the generations. 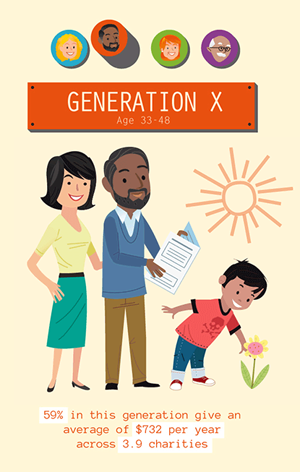 There were also some interesting findings on Direct Mail VS Online Giving. If you have been following the Death of Direct Mail debate, you should note that Direct mail is alive and well, but it’s on the decline according to Blackbaud. “Online giving continues to rise in importance and prominence, with the largest group of donors (Boomers) reporting to give slightly more via online (42%) than direct mail (40%),” said the study. However, it’s worth noting that that majority of money raised by nonprofits today is still through offline channels like Direct Mail. My advice? While you should be growing your email list (recruitment campaigns are great way to do that with communities like Care2) and optimizing your donation pages to increase conversions, don’t run out and abandon your direct mail program.

While all nonprofits recognize the value of cultivating donors over the long-term, they feel an incredible amount of pressure ...
Start Reading
Allyson Kapin 2013/6/18 5 min read

How Should Funders Evaluate Charities?

Infographic: A Peek Inside Donation Trends and Why We Support Charities

If you’re like most nonprofits, one of your top priorities is to raise money to support your cause and programs. To raise ...
Start Reading