Are nonprofits utilizing social media to engage folks? Organizations like the American Red Cross and the Wilderness Society sure are, but many nonprofits need to do a better job. After taking a look at the Nonprofit Times list of 100 top nonprofits based on income, my team over at craigconnects checked out who was proactively and effectively utilizing social media in August and September of 2011.

Check out some of the results from the data we compiled into an infographic: 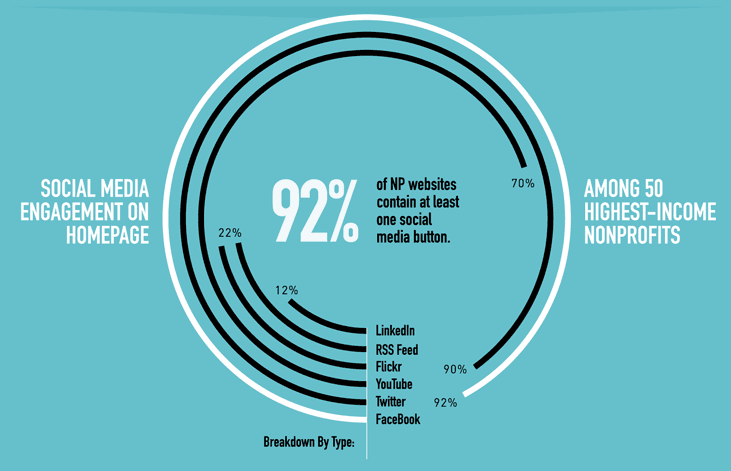 It’s no surprise that some organizations jumped on the social media bandwagon, as early as 2007, while others waited on the sidelines to observe. So does that impact the number of followers they have? Not really. For example, PBS has the most followers on Twitter but is in the bottom quarter bracket on the list of net income.

Another question that is asked a lot - what factors determine how often an organization's Facebook post will generate a like or a comment? Our team took a look at the average amount of responses (combined likes and comments) each organization was getting per post, and St. Jude's Children's Hospital was definitely in the lead, yet ranked 29 on the income list.

How do you think your nonprofit is doing with your social media?

There’s little question that social media is growing in popularity and becoming more of a mainstream activity. According to a ...
Start Reading
Nancy Schwartz 2010/8/2 7 min read

Want to know which nonprofits are exceeding in social media? So did we over at craigconnects. While a lot of nonprofits working ...
Start Reading