New memes get started everyday. Some stick and go “viral” while others just get shared with a small community of friends, and some go nowhere. Remember the Facebook meme challenge that asked women to post what color bra they were wearing that day? Many thought the meme was connected to raising breast cancer awareness, but that was not the intention behind it. After some research, it turns out that this meme was started in December of 2009 in Canada. Here’s the original meme:

“Right girls let’s have some fun. Write the color of the bra you’re wearing right now as your status on fb and don’t tell the boys. They will be wondering what all the girls are doing with colors as their status. Forward this to all the girls online”

“We are playing a game…… silly, but fun! Write the color of your bra as your status, just the color & texture, nothing else!! Copy this and pass it on to all girls/Females …… NO MEN!! This will be fun to see how it spreads, and we are leaving the men wondering why all females just have a color as their status!! Let’s have fun!! Pass this on LADIES”

“List the color of your bra in your FB status, just the color, nothing more. Then send this mssg to your girlfriends’ inboxes, too … no men. The point is to see how far we can spread breast cancer awareness … and make the men wonder what’s up :) "

The meme then spread to France and the US, and was picked up by media such as Mashable, Huffington Post, MSNBC, ABC, etc. On January 8, 2011 the meme ranked number 11 on Google Trends search queries and the Susan G Komen Foundation said that their Facebook page grew by over 100K “likes” in 24 hours.

Can You Build a Base of Supporters with Memes?

This begs the question - should a breast cancer organization have been the one to have thought of a meme like this as part of a larger campaign to raise awareness about breast cancer? Could they have leveraged this opportunity to build their email list, and raise money? Should they have taken that new list of supporters (whether it was on Facebook, email, or Twitter) and focused on a ladder of engagement plan to build real relationships these new people? Yes! At the very least, breast cancer nonprofits could have quickly jumped in and leveraged this opportunity.

Some nonprofits may look at the Komen data and say "Wow, we should do a meme too, so it can go viral and we can get over 100K FB likes."  Wrong! First, most memes don’t go viral. Second, don’t place too much value in Facebook “likes.” Just because a breast cancer organization like Komen received over 100K “likes” in 24 hours does not mean they leveraged this meme in a meaningful way. “Likes” are the equivalent of thumbs up. It’s a vanity metric – not a metric that is connected to furthering your advocacy goals.

Fast-forward to one of the latest viral memes – the ice bucket challenge to raise money for ALS, a disease that most American’s aren’t very familiar with. 5,600 new people in the U.S. are diagnosed with ALS (also known as "Lou Gehrig's Disease”) yearly. “The incidence of ALS is two per 100,000 people, and it is estimated that as many as 30,000 Americans may have the disease at any given time,” according to the ALS Association.

As nonprofit strategist Ted Fickes said on a nonprofit listserv, “the ice bucket challenge has been going on for a while now among golfers and many others donating to the charity of their choice, law enforcement groups raising money for police charities, etc.”

But the ice bucket challenge did not really spread until Pete Frates, the former captain of Boston College’s baseball team, repurposed the meme by challenging Steve Gleason to throw a bucket of ice over his head to raise awareness for ALS, according to The Times Picayune. You may remember Steve Gleason from his former Saints days. In 2011 he was diagnosed with ALS. He started Team Gleason, the ALS foundation after he was diagnosed.

The duo then asked other friends, including major sports superstars, to join the challenge. Check out Gleason’s touching video here. 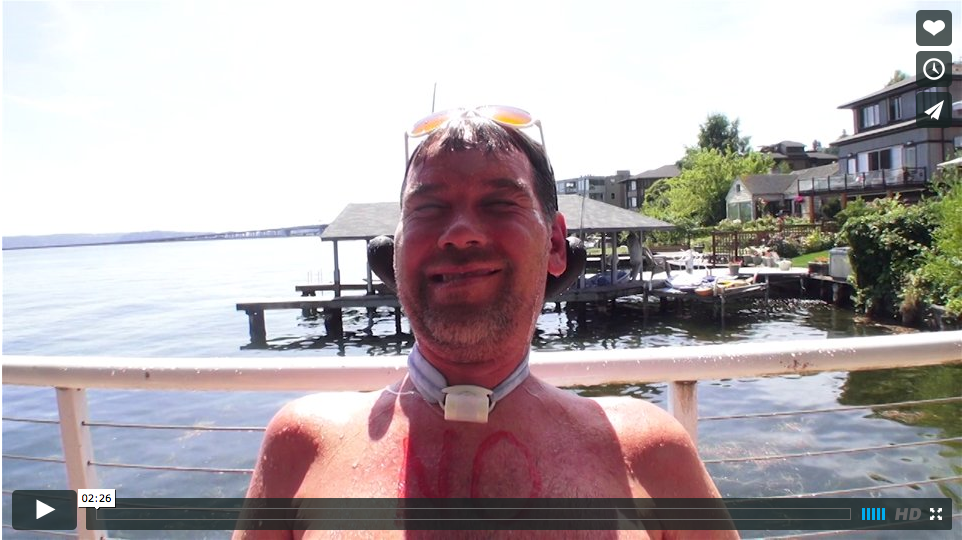 It’s an impressive campaign that has not only raised awareness about a disease most American’s did not know much about, but it has also raised over $7 million versus $1.4 million from last year for Team Gleason, said Paul Varsico, the Executive Director of Team Gleason. Facebook reported yesterday that 1.2 million unique videos related to the ice bucket challenge have been posted on Facebook.

ALS organizations have seen a surge in email sign ups, Facebook “likes”, and donations, but now comes the hard part. Since most of these new donors are brand new to the ALS community and are learning about the disease for the first time, ALS organizations will need to quickly come up with an engagement plan. They are going to need to go beyond the traditional welcome series. And they cannot simply just fold these new people into their regular email and direct mail communications. They will need to develop distinct messaging that shows people how ALS could impact them and their families. For example, finding a cure to ALS could unlock the cure to Alzheimer’s, Parkinson’s, and more. ALS organizations will need to test and experiment with different messages, campaigns, and ways to get people involved.

Many national organizations that have experienced this type of viral success admit that this is a tough road because the majority of people who participate or donate at these times do it to be part of a viral movement. Once that moment fades, it’s difficult to grab these people’s attention again and mobilize them.