The Keys to Fundraising on Foursquare

“If 2009 was the year of the "tweet", 2010 is the year of the "check-in", said Joe Waters, Director of Cause and Event Marketing at Boston Medical Center on this weeks Live Discussion over at the Chronicle of Philanthropy. After all, location apps like Foursquare and Gowalla were the breakout technology at SXSWi just a few months ago. Following SXSWi though, Frogloop questioned if apps like Foursquare are a novelty or buzz worthy, particularly for nonprofits. 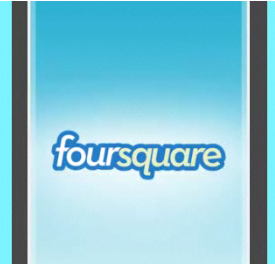 with congenital heart defects in developing countries, has been using Foursquare for advocacy as well as to raise money and connect with constituents and volunteers.

“I recently did an advocacy, awareness and fundraising campaign called #100X100 using Foursquare that raised $25,000 in 24 hours and prompted more than 800 supporters to call their Congressmen,” said Rosenberg.

While Rosenberg may not have raised buckets of money, generating $25K in 24 hours and getting 800 people to call their Congressperson is not insignificant.

What was some of Rosenberg’s key tactics? “We levied the power of check-ins connected to Twitter and Facebook and got a donor to contribute $1 for every time someone checked-in (or tweeted) with the hashtag #100X100 on a specific day,” said Rosenberg.

Also “the ability to leave tips with embedded links and the shout-out feature [made] foursquare a great medium for promoting [our] advocacy efforts,” said Rosenberg.

Waters says that Boston Medical Center has their best luck with the people who are already using social media like Facebook and Twitter. “It's a simple extension. I find it's easier to get "early adopters" hooked and then work your way out to people who are less familiar with social media. In short, start with the inner circle,” said Waters.

How can nonprofits (big or small) start raising money or connecting with constituents on geo-location social networks like Foursquare and Gowalla? Rosenberg and Waters had a few suggestions.

While Waters said that geo-location apps like Foursquare will be huge and that everyone will be using it just like Facebook, he recommends that time-strapped nonprofits pick their spots with social networks. “It's impossible to devote time to everything. If Foursquare seems to be the network of choice, and it fits with your strategy, stick with that.”

Have you experimented with Foursquare for your nonprofit? Was it a success? Total flop? I would love to hear about it in the comments section.

The Real Deal on Foursquare and Geosocial Apps

Are geo-location services like Foursquare and Gowalla really here to stay? Or are they just embraced by early adopters who are ...
Start Reading