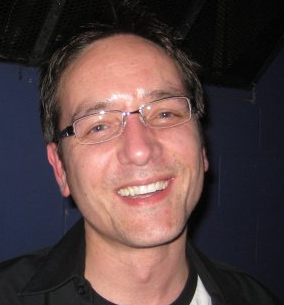 Last week I got ripped off, but for the first time, I’m happy about it. They didn’t just steal my wallet and phone—they took something that me and a team of people spent months to create.

Earlier this week, the world turned 7 billion. Yes, 7 billion people. It’s a strangely large number that can freak people out and put them to sleep at the same time.

We knew the event would get a lot of public attention so a few months ago, my organization had a brainstorm about it. We tried to think about how we could take this overwhelming number and steer the global conversation towards something about individuals. Instead of hearing old white men call for population control, we wanted to highlight the lives of women in developing countries, millions of whom want but lack access to basic contraception. This milestone was a global event, so we knew that changing the conversation would be a challenge for a small nonprofit in Washington, D.C. But we figured we had to try.

We came up with the idea of giving everyone their own number. Each of us is, after all, a piece of that grand calculation. If people went to a site and entered their birthday, we could show them on a graph what the world population was when they were born and where they fit in. For example, I was born on May 21, 1971, when world population was about 3,810,167,922. We called the app “What’s Your Number?” It was a messaging hook that allowed us to give everyone a little piece of the pie, while gently steering the conversation away from “the sky is falling and there’s nothing we can do except sterilize poor people”.

In late September, we sent the app to our small email list with a subject line that slightly tricked people: “What’s Your Number?” We felt so confident that I even spammed my entire personal address book with it (sorry, mom). Its reception blew away any of our previous metrics. 111% open rate, 80% participation on the site, 1/3 forwarded it. At this point, we knew we were on to something.

But something funny happened along the way…the idea we developed showed up in the British press. First, the Guardian made a suspiciously similar counter a few weeks after we released ours. Then, during the week before the world hit 7 Billion, the BBC released an online app called…What’s Your Number? Seriously. They even used the same graphing approach, the same language about “fitting in,” and flooded the twitter hashtag we’d been using for a month. An irritating number of people tried to console me with the quote that, “imitation is the highest form of flattery”.

A lawyer friend of mine said we could sue them and I was tempted; every nonprofit could always use some extra cash [hint hint- http://bit.ly/92XOOp]. But instead, we held the open-source attitude that new ideas are always a good thing and we kept plugging away. If what we really wanted to do was change the global conversation, influencing large international news outlets was success.  We continued to look up celebrity and journalists’ birthdates and tweeted their number. We fanned the flames on Facebook and targeted every influential we could find.

Our first big break was when we went viral in Hungary. Don’t laugh, it shut down our server twice. Next we waited through another agonizing week of steady but only medium-high traffic, before, finally, it went viral in the U.S. Yes, that dreaded word viral. In the final week before the 7 billion milestone, 300,000 people visited the app. All with no paid media support. If we add the BBC’s app’s metrics, as we surely will to our funders, I clock the success at around 3 million people.

The media copycats weren’t perfect. They left out the central discussion about women’s access to contraception in their version. It gave me empathy for the down and out singer who gets a big record deal, only to find out they pitch-corrected his vocals. When I sent a short complaint, their legal department responded saying they disagreed and that, regardless, “Copyright in the UK...does not protect ideas, concepts or systems.” Yes, thanks BBC, I believe that was already clear.

What we can honestly say is that with a good idea, a lot of work and very little money, we helped steer a conversation. We took population from being a problem for other people in other areas to one you should think about right here, right now.

*Michael Khoo is the Vice-President for Communications Population Action International.