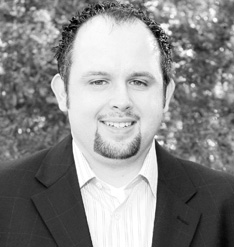 Direct mail is dead. Email is dead. TV and radio are dead. Face to face is dead. Telegraph is dead. Social media is dead. There are so many obituaries being written these days that it's hard to tell what's still alive. Is everyone just trying to be clever or are they auditioning for a role on CSI?

None of these channels are dead. Ok, telegraph is still dead despite rumors of a comeback. And there is a continual evolution within each of these communication options. Nonprofits are still improving their use of direct marketing, phone, email, and other channels.

Single Channel is Dead
There, I said it. In fact, it's been dead for a while now. Most savvy companies and organizations recognized this years ago and have diversified their engagement streams. The reality is that you can only get so far riding one horse. The channels aren't dead — using them by themselves is dead.

Using a single communication channel to engage with constituents is a dead on arrival strategy. This isn't just theoretical pontificating. An analysis of trends and data support this fact. And basic biology does too.

Humans are Multichannel
People come multichannel-ready thanks to sight, hearing, touch, taste, and smell. This explains why watching television, texting, and browsing the Web all at the same time isn't a medical disorder. Thinking in single-channel mode almost always means ignoring multiple senses. Great communication strategies focus on hitting two or more senses. I have a sixth-sense feeling that most communication today is either seeing or hearing by itself.

Faux Multichannel is Dead Too
Just because you sent out a mailing, blasted all of your email addresses, and posted something on Twitter does not make you multichannel. That's faking it. Multichannel communication means thinking strategically about how you combine the use of channels to work together.

The cause of faux multichannel communication is often the silos of systems and organization charts. It's easier to just do your thing with your tools than worry about what anyone else is doing. Of course, this is very hard on your constituents. The end result is not pretty.

The Proof is in the Numbers
Some new trends were revealed in a recent donorCentrics Internet Giving Benchmarking Group meeting held by Target Analytics. The group was comprised of 14 very large nonprofit organizations and a review of online and offline giving between 2005 and 2009. The median percentages of multichannel donors compared to online or offline donors are very telling.

Tyranny of the Or
Recently, I've heard some in the nonprofit sector predicting a massive shift from direct mail to online giving. They're missing what is really happening. This isn't direct mail vs. the Internet. That's the mother of all oversimplified ideas. That's the Tyranny of the Or. The global fundraising perspective is that it's about person to person and events and telephone and face to face and direct mail and web and email and peer to peer and social and mobile and other channels. Multichannel means more "and" — less "or" across the board.

Today, just over 5% of giving in the US happens online. While the growth in online fundraising has been tremendous let's not forget that 95% comes from other channels. And it's not all from direct mail. Nonprofits continue to diversify their channels. They aren't turning them completely off. Don't succumb to the Tyranny of the Or. Think multichannel and succeed.

*Steve MacLaughlin is the Director of Internet Solutions at Blackbaud. This blog post was originally published on the BlackBaud blog.

Let’s face it, the world is no picnic these days. We’re facing climate change. The world’s oceans are on the verge of being ...
Start Reading
Jared Schwartz 2009/9/7 5 min read

The goal was simple. Earn a permanent spot on the GlobalGiving website by raising at least $4000 online from 50 individual ...
Start Reading