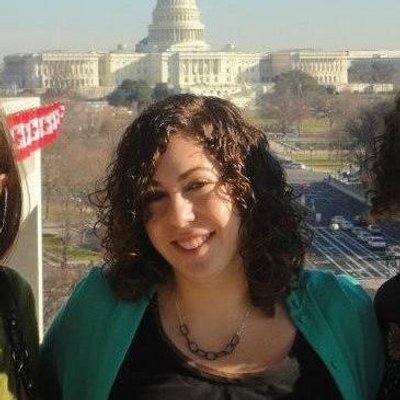 I have always loved Halloween. Haunted houses, a full moon, and starry nights.

This year, Halloween was creepier than usual. We saw a deluge of scare tactic emails from the Democratic Party and every progressive organization involved in the midterm elections.

I looked at the data for a women’s rights organization and compared the results from their positive emails to all of their emails, including scare tactic messages.

The lower click through rate for positive emails shows that positive messages don’t motivate people to take action as much as scare tactic emails. In addition, after sending emails to supporters, some decide to unsubscribe.  In this case, we found that the unsubscribe rate is lower for those receiving positive emails than for those receiving emails from the organization in general.  This could be an artifact of the lower open rate.

What happens when we break down the email data by advocacy and fundraising emails? Are positive emails more effective than scare tactics emails in either of these realms?  Here are our findings:

Let’s stop for a minute and talk about positive advocacy asks. These include actions like thanking members of Congress for voting a particular way, or sharing graphics about major organizational accomplishments.

So, does fear really motivate advocacy actions? I believe it does. The most interesting and shocking data point here is the dramatically lower click through rate for positive advocacy emails relative to all advocacy emails sent. This suggests that while it’s great when organizations have major wins and positive advocacy developments, these situations don’t motivate people to get involved in the issues as much as fear of what might happen if they don’t get in the game.

Do positive results lead to higher fundraising responses? Let’s look at the data:

The difference between click through rates, response rates, and average gifts demonstrates that positive emails don’t raise as much money as scare tactic emails - Yikes!  Evidence reveals that positive emails in the fundraising arena seem to inspire so there is less people to consider making a donation (i.e., lower click through rates than a typical email seeking funds), and far fewer people to follow through (i.e., positive emails have a lower response rate). Moreover, when people do donate in response to a positive email, they give a smaller amount of money than the typical donation generated by a fundraising email. This means that scare tactic emails bring home the bacon this time of year.

The success of scare tactics creates an interesting conundrum for nonprofits. We like to stay positive, but to have positive results in terms of advocacy actions by supporters and donations from them it pays to play on their fears.  This does not mean that nonprofits should jump on the fear bandwagon all the time.  Positive emails can still be an effective tool for digital strategists, but they must be crafted carefully.  This leads to a wonderful question…

It could be because people think that thanking members of Congress for voting “the correct way” on an issue is really just thanking them for doing their job. Generally, people are frustrated with Congress, so expressing gratitude to them may feel like giving them a pass. Think about it: When you’re frustrated with someone, you aren’t likely to compliment their work.

Positive emails may also lack the sense of urgency that's generated by fear factor emails. In essence, positive emails may make the requested action seem less important than intended by the digital strategists, and hence easier to ignore.

Why does fear motivate people?

First, Scare tactic emails often make the reader feel like they can stop the terrible thing from happening if they simply do their part and act. Organizations are directly involving the recipient in both the issue and the solution.

Second, scary tactic emails usually have a greater sense of urgency because the message conveys that something terrible is taking place or is about to occur, and the reader needs to take a stand.

Finally, scare tactic emails usually present a plan, a theory of change, for how the organization is going to stop the terrible thing from happening. These emails hit a perfect trifecta of necessary items to motivate people to take action.

I’m not saying that positive emails should never be sent. There is definitely a time and place to go positive with emails. We should celebrate our campaign wins and our organizational successes. We should thank our allies in Congress. However, we need to be realistic about the expected results of these emails. We need to keep people involved, which includes sharing worst-case scenarios to motivate our supporters to take action and donate

What was the tipping point the last time you donated money to charity or signed up to volunteer? For me it’s always personal ...
Start Reading
Allyson Kapin 2010/11/5 1 min read

Online Marketing on a Shoestring Budget

Let’s face it, the world is no picnic these days. We’re facing climate change. The world’s oceans are on the verge of being ...
Start Reading