How many fundraising emails should you send a year? 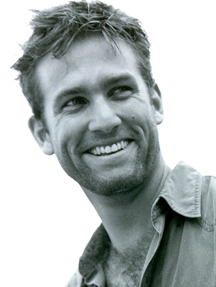 After working on over 400 nonprofit email recruitment campaigns, and helping clients plan successful recruitment strategies, I’ve realized that most nonprofits don't send nearly enough standalone fundraising appeals. I've seen clients make their money back on their investments with Care2 in as little as three months, or as long as four years. There are obviously lots of variables involved with raising money online – and ultimately in various direct response channels – however we now as an industry have enough data to know what’s possible for most organizations, and this article will hopefully give some insight into how to get the most out of your email fundraising program.

In my experience, the biggest difference in the varying payback on a Care2 multi-channel donor acquisition campaign (or any online acquisition) tends to be the total number of fundraising appeals that an organization sends to its supporters. As a general rule, the most experienced, sophisticated and successful fundraisers are the ones who send out the most donor appeals.

If you look at the latest M+R Benchmark study, the number of donation appeals sent per year to nonprofit supporters averages about twenty-four. If you break that down, it's two per month, on average.

Many of the smaller or emerging nonprofits that I've worked with, or even larger brands who are just now getting started with building an online program, only send – or plan to send – about four appeals a year.  Furthermore, those appeals might be buried in a newsletter – not even a standalone appeal in which the only call to action is to donate. The impact of these donation appeals is also often even further blunted by infrequent engagement opportunities, such as advocacy or other storytelling and educational messages where the constituent has a chance to make a difference without being asked for money.

A handful of donation appeals per year might work for Direct Mail, but if you're going to develop any significant revenue from a primarily email-based fundraising program, then quarterly email appeals aren't enough. And it’s easy to do the predictive math based on either internal experience (ideal) or publicly available industry benchmarks (we have a list of the latest studies at www.frogloop.com/benchmarks.)

Direct Mail marketers have already known this for years, as do some of the larger nonprofits with massive email lists and sophisticated multi-channel fundraising programs. Though the shared model of high volume lists and low response rates is comparable among both Email and Direct Mail marketing, you typically have a huge advantage in the long term if you own the email list, as opposed to renting a Direct Mail list for acquiring new supporters. This is mainly because owning a list of opted-in supporters gives you the opportunity to develop a deeper relationship over time with these people – and to be a lot more aggressive with the frequency of your donation appeals because you've already established brand recognition and trust.

I always try to help my clients and other nonprofit fundraisers who are developing a strategy for growing their grassroots donor base by doing some "back of the envelope" projections, before they invest in acquisition of donor prospects with Care2 or similar networks.  For that matter, these are calculations that a fundraiser should do even before investing the time to grow their list organically.  I use a basic Breakeven/ Return On Investment (ROI) calculator that I built. It’s based on net cost per email address, average projected email response rate, and average projected gift. You can download the Breakeven/ROI Calculator here.

What you'll see, if you use this model, is that one of the key variables that you can control effectively (once you know a reasonable range for likely response rates that your organization can achieve) is email frequency.

For example, if you can get your cost per acquisition of an email down to about $2.00, achieve an average fundraising response rate of about 0.17%, and an average gift of $50, you would break even after sending about 24 email donor appeals. That's pretty doable in a year if you frame it as two fundraising emails per month, on average – and tell a good story, of course.

Assuming that you can maintain healthy email lists and relatively strong average response rates, the next question is: How many emails can your organization send each year before you start “burning out” your list? In other words, you need to push the envelope and see at what point your unsubscribe rates outpace your email list growth. Again, back of the envelope, you want a positive net growth rate. Average industry churn rates are about 30%.

One of the top fundraising agencies that I work with anecdotally mentioned that the average they see is probably 24 email donor appeals per year. One of their clients pushed it to as many as 80 in a year (OK, you probably shouldn't send that many fundraising appeals). One of the most successful fundraising organizations we work with at Care2 – a client that has recruited over 1,000,000 people from our community – sends about 48 donation appeals each year. I'd submit to you that you're missing out on a lot of potential revenue each year if you're only sending out four quarterly appeals.

The Art of Fundraising.

Now of course, in addition to the numbers game, there’s an art to fundraising, as well. Good fundraising typically involves:

How to evaluate the cost per email (guess what: “organic” list-growth isn’t free)

In a future Frogloop post, I will explore "organic” vs. “paid” recruitment options to grow your list of donors and donor prospects. But suffice it to say that if your organization isn't producing amazing, newsworthy content – and if you don’t have a 10-person communications team generating consistent exposure in the media that drives tons of “organic” traffic to your website, then the net cost of your efforts is likely to be a lot more than $2.00 per email. Also, your email list – and thus your lifeline to consistent grassroots fundraising – will probably grow much more slowly than you had hoped.

But that's enough math for one post. Stay tuned for another article outlining how to do the math on "organic" vs. “paid” recruitment. And in the meantime, run the numbers on your own program. Think big, start small: how much more revenue would you make per year if you sent even just twice as many fundraising appeals?

Justin Perkins has been a Director of Nonprofit Services at Care2 since 2006 and has helped run over 400 nonprofit campaigns to recruit millions of individual supporters for a wide variety of social and environmental issues.  Justin is the founder of Care2's frogloop.com and has also launched nerdy and fun things like the first social media ROI calculator and OLOMOMO - a natural and organic nut snack company.