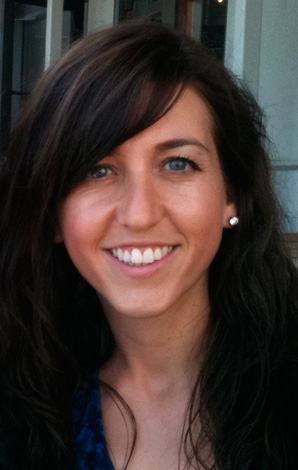 People like attractive things. When an organization's email, blog post or web page is aesthetically pleasing, it can capture and hold your target audience's attention, and ultimately lead to deeper engagement with your nonprofit.

An image (or a few) should always accompany a text document. It should be at least 72 dpi and not blurry or stretched; Don't try to fit a 100 px image into a slot for a 200 px image.

Whenever possible, try to make that image of a person or animal, or at least include a person or animal -- as long as it's related to your subject. If the subject of the text is, for example, saving forest space, you can use an image of someone in a forest or of a wild animal that inhabits that space and would be affected by its destruction. If the subject is breast cancer, you might show a picture of a somber woman -- someone who the reader might imagine could be affected by breast cancer. 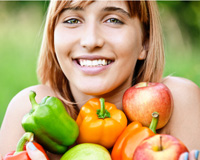 If your subject is gardening, using an image of a woman with vegetables will draw the viewer's eye in and communicate how gardening will affect him or her more than an image of vegetables alone.

Strive to choose an image that includes a face (human or non-human) whenever possible. Ideally, this should also be close up and include eye contact, which draws the viewer to the image just like we are drawn to people who look at us in life. The viewer engages in a sort of fourth wall "conversation" with the image. In addition, an image of on person over a groups is favorable when possible because the engagement is more "intimate." 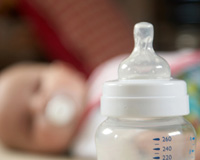 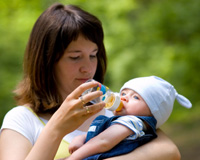 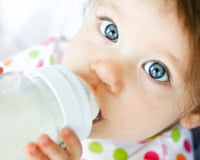 If your subject is BPA in baby bottles, your first thought might be to show an image that focuses on a bottle. But an image of a baby drinking from a bottle -- where a close-up of the baby's eyes draws the viewer in -- is more eye-catching, engaging, and elicits more of an emotional reaction from the viewer (because it visually connects the subject to how it relates to the viewer's children or children he/she knows) more than an image focusing on a bottle or an image of a baby feeding from a bottle that isn't close-up and does not include eye contact.

Images of people are relatable -- and therefore more memorable -- to the viewer because it encourages the feeling of "that could be me." If you know the demographics of your audience, it's a good idea to choose images that reflect those demographics in an extra step toward ensuring people relate to it.

But no matter what the subject of your image is -- a person, animal or inanimate object -- try to choose an image with a clear focal point, foreground and background. If you are writing about an endangered species of flower, choose an image with the flower in the foreground and its natural setting in the background rather than an image of a forest where you can barely see the flower. Don't lead them on a Where's Waldo of what they should be looking at.

Use this hierarchy of image choice to select an effective image and you can elicit an almost instantaneous emotional response from the viewer -- and that's a power tool that can lead people to take action, share articles and want more from your organization.

Why Animating Your Logo Can Help Tell Your Story

So you’re ready to make a video for your nonprofit. You’ve got amazing, dynamic interviewees that know how to speak with ...
Start Reading
Allyson Kapin 2010/2/6 4 min read

Repeat after me. "I will no longer send out fundraising appeals with boring subject lines and long-winded pitches."
Start Reading
Carrie Saracini 2015/12/30 4 min read

As communicators, we are passionate about the work of our organizations. We dedicate time to crafting the right message, honing ...
Start Reading