How Nonprofits Can Benefit From Cause-Related Marketing 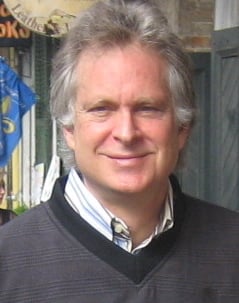 Care2’s Dana Weissman had a great discussion on cause-related marketing with Rob Densen, founder of Tiller LLC, a leading advocacy marketing and communications consulting firm. Densen has developed innovative programs ranging from demystifying the language of Wall Street for AARP Financial to an alliance focused on minority financial empowerment that brings together the ING Foundation with Girls Inc.

END_OF_DOCUMENT_TOKEN_TO_BE_REPLACED

Jenny Dirksen Dishes on Cause Marketing in Restaurants

Jenny Dirksen works for illustrious NYC restaurateur Danny Meyer, who owns Tabla, Gramercy Tavern, Union Square Café and several other of Manhattan’s finest eateries. But Jenny is not a chef, waitress, hostess or bartender. Instead, Jenny is a “cause marketer” in charge of Meyer’s charitable efforts to help homeless and disadvantaged people. Care2’s Dana Weissman sat down with Jenny to discuss her position at Union Square Hospitality Group and her role in shaping the high-stakes game of cause marketing in New York City and across the country.

END_OF_DOCUMENT_TOKEN_TO_BE_REPLACED

American citizens trust advocacy groups – a lot more than they trust the U.S. Congress – and appreciate these groups’ efforts to inform and mobilize citizens to contact Congress via the Internet.

That’s one key takeaway from a recent survey of 10,000 citizens by the nonpartisan Congressional Management Foundation (CMF). It’s called “Communicating with Congress: How the Internet Has Changed Citizen Engagement.” If you work with advocacy or Congress, you'll find the research interesting.

“The organizers of grassroots advocacy campaigns, and the groups and causes for whom they work, play the role of trusted educators and facilitators of communications between citizens and Members of Congress,” according to the report’s authors.

(The report, which studied citizens’ interactions with Congress and their corresponding views, is the companion to the 2005 CMF report, which looked at congressional staffers’ perceptions of the increasing volumes of constituent mail.)

So what was the main catalyst for Web users to contact their elected reps in Congress?

In a word -- Outrage. The survey found that interest groups evidently do a great job of whipping up anger among citizens, and this is the main reason why most of these citizens contact Congress.

At this point, CMF essentially adopts the view that anger is an unhealthy fuel for democracy, and takes advocacy groups to task. “Rather than perpetuating an ‘us’ versus ‘them’ mentality,” the CMF authors write, “the organizers of grassroots advocacy campaigns should identify opportunities for positive communications and relationship-building both to accomplish their goals and to help strengthen democracy.”

In other words: Aw shucks, can’t we all just get along?

CMF seems to be assuming that citizens can more effectively influence their elected representatives through friendly dialogue than through outrage-fueled campaigns that bring public pressure to bear, with large numbers of voters expressing their will.

What do you think? Can you catch more flies with honey than with vinegar, when dealing with politicians? Or is CMF being naïve to think these politico’s would respond to anything but a massive show of numbers by voters in their districts, threatening to throw the bums out in the next election cycle?