Since September, we’ve been testing a way to make videos more engaging on Facebook, and as a result we’ve seen views, likes, shares and comments increase more than 10 percent. We’re beginning to test a similar video viewing format for advertisers. Marketers will be able to use this new format to tell their stories to a large number of people on Facebook in a short amount of time – with high-quality sight, sound and motion. This approach will continue to improve the quality of ads that you see in News Feed.

Here's some insight into what they found:

Facebook also conducted their own research. They want brands (including nonprofits) to use Facebook to engage target audiences with videos. "We are seeing this shift to a visual language come to life on Facebook," Facebook reported. They're really pushing videos, and it's working. 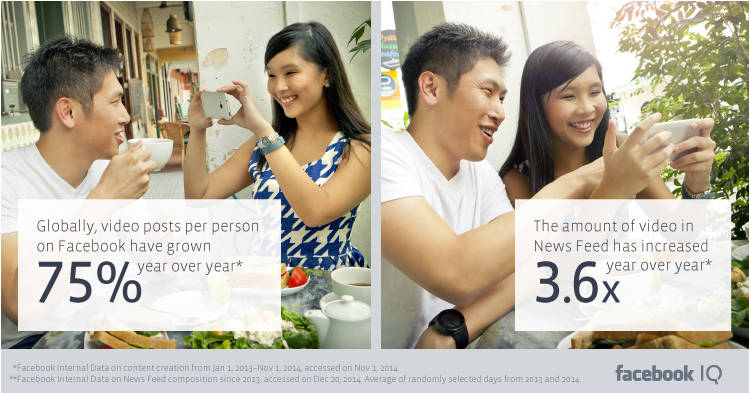 A snapshot of their findings...

With the huge increase in video production and consumption, Facebook appears to be the place for video. So if your nonprofit is producing short videos, it's definitely worth posting them to Facebook and testing audience response rates. Be sure and analyze what percentage of people on your FB page are watching the videos, sharing them, and commenting on them. Also analyze how you are promoting the video content. After you test a few videos on Facebook, you will have some good data to determine if a video strategy is something you should add to your social content strategy for 2015.

Two nights ago I took an Amtrak train up to Baltimore for the Grace Hopper Conference. When the station manager announced a ...
Start Reading
Allyson Kapin 2012/10/19 < 1 min read

Will Social Media Pick the Next President of the United States?