Up until January 2012, Pinterest had been slowly gaining momentum and growing a user base over 22 months. Then suddenly, boom, Pinterest became the social media world’s new darling. According to ComScore’s data, Pinterest hit 1

1.7 million unique monthly U.S. web visitors, and crossed the 10 million mark faster than any other standalone site in history, though some analysts debate the accuracy of this figure. Nonetheless, no one, is arguing its explosive growth.

So as organizations begin to eye emerging social platforms, should they be investing their resources into Pinterest? In short – yes. I think it’s important that nonprofit’s cast a wide net and experiment with a variety of social networks and communities. Why? For two reasons.

However, how much time you invest in Pinterest really depends on your organization and your target audiences. Check out the data below

Looking to share 13 fun facts about Pinterest with you staff? Check out the infographic below. And if your organization is looking for ideas of utilizing Pinterest check out this great post by Avi Kaplan of Rad Campaign on Steal These 42 Creative Pinterest Ideas for Nonprofits. 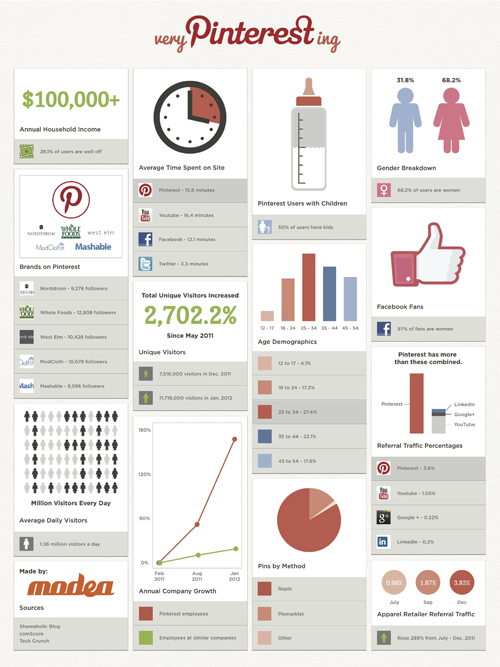 We’re about to see Pinterest use among nonprofit organizations explode. Pinterest has a lot of potential, especially for ...
Start Reading
Melanie Mathos 2012/2/22 9 min read

A Photo A Day Keeps Lack of Engagement Away

How many photos do you take a day? A week? Do you capture your nonprofit's monthly potluck? The office plant that just bloomed? ...
Start Reading