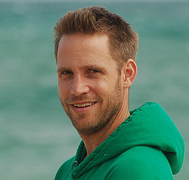 We, as social change organizations, exist to enable the power of our supporters. That is how change happens. Through getting thousands of people to take mass action. Through getting one person to pressure a decision maker. It is the power of our supporters, collective or individual, that we are trying to enable. That's why social change organizations exist--to leverage supporter power over time.

We need to know the best way to use that power. Part of it is strategy--what kinds of actions need to happen? Marches? Politics? Direct service? And part of it is knowing what power our supporters possess so they can help us get those strategies enacted. 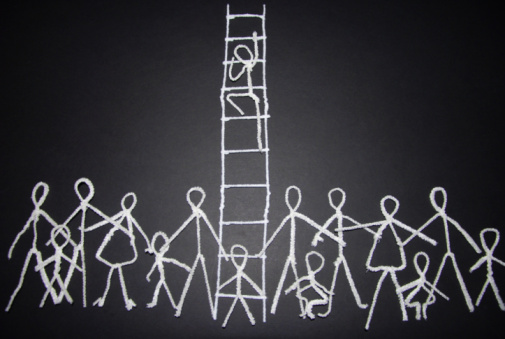 It's about appropriate analysis of our power base and the application of it in service of bringing about change. The Midwest Academy talks about doing a "power analysis" as part of every campaign. What are we trying to get done? Do our supporters have the amount and right kind of power to do it?

And data about why they chose us. Our organizations do many different activities. Which ones resonate with individual supporters? If we think our supporters love us as organizations, we're mistaken. People find us because we meet a need they have. Maybe it's around a specific issue, or a way of working, but they're connected to us because they have chosen us, not the other way around. Collecting data is the best way to build that picture of what supporters are interested in, what they want, and what they will do with their power.

And with a million supporters there is no other way for us to work--we need data to propose appropriate actions to a large base of supporters. A powerful, flexible Constituent Relationship Management (CRM) system can help us do this. Fill it with data about our supporters and use it to categorize who they are, where they are, and what they are likely to do for the cause. We then have to structure our activities so they will generate useful data for us--we can't analyze data we don't collect.

Gideon Rosenblatt writes, "The most effective social change organizations understand how to wield their portfolio of engagement tactics in Zen-like fashion; knowing just what kind of touch is called for to influence the outcomes of a particular decision."

What he’s saying is that being of service is about presenting impactful, appropriate opportunities to our supporters. They are connected to us because they want to change the world and they think we can help them do it. Help them feel like they're doing great things. Know what they care about. Present them with opportunities that are right in line with what they want, and have a real shot at having an impact.

Don't scare them away. For the lightly-connected present "easy" opportunities for the exercising of their power that line up directly with what they care about. Even signing a petition can be powerful for supporters. That petition isn’t going to change the world in an instant, but it is a positive step the lightly-connected supporter can take with your help.

If we treat them like a resource, like a forest we are clear-cutting, they will leave us. Treat them like an ATM and they will move on. Treat them with respect and show them the impact of what they are doing and they will stay connected and work with us. Better still, they’ll bring others to our cause. As Tim Walker says, "Great organizations earn word-of-mouth by providing members with a remarkable member experience."

And don't be satisfied with where they are. Challenge them. Ask them to invest themselves in the cause. From the already engaged, ask more. Make them feel like they are being of use to the movement. Don't miss the mark--people have no patience for sitting on the shelf when they are committed. Meeting folks where they are is about helping them turn their desires for change into action. Help them do that, and ask them to do more.

But how much more is where the real subtlety lies. When we have a detailed understanding of where they are, what they care about, and what actions they have taken, we can more appropriately push our supporters to do more. A repeat petition-signer could be asked to write a letter to the editor. A volunteer who makes phone calls could be asked to go door to door. Knowing them well, because of our CRM strategy, we can now present them with an avenue for growth. Remember, supporters want to be helpful. Help them climb a ladder to more impact.

The nitty gritty of the technology of knowing, serving, and moving our supporters can be summed up with the term 'engagement ladder'. We need to have our supporters in a trusted CRM system. We need to record what we know about them, including all asks and actions. We need to be able to analyze that data. When we decide on actions we want people to take--giving $50, going to a meeting--we identify how "hard" that action is. What level of commitment it takes for someone to take that action. This may be some arbitrary point system--like 1-5. It could be bronze-silver-gold. It doesn't matter, as long as it works for us.

Select people for an action who are ready for it, based on their history. Ask them and record that we asked them. Record if they took action. Feed that data back into our analysis of where they are, for what actions they are ready, so that next time we know more about them. If someone repeatedly attends hearings about the rights of homeless people, you now know what they care about. Serve them with that in mind.

At the organization featured in that video, point levels were assigned to each action, and a "leadership level" was calculated for each supporter based on all the actions they took. Other data like date of first action, date of last action, number of total actions taken, are all used by the organization to paint a much more detailed picture of the supporter than they could before. It helps them better target action requests, and allows them to better serve their supporters. That action data in conjunction with what they know about a supporter's interests and skills help them to better leverage the power of their supporters at a scale not possible through personal relationships alone.

Technology is Only Part of the Solution

Thinking about our supporters and how we can serve and move them is key to building the power we have available. Engagement ladders are a supporter-centric way of looking at strategic action. Technology can help you as you scale and become nuanced in how you interact with your supporters, but if you're not focusing on really serving your supporters, they will feel it. Jake Brewer has a great article about some of the challenges of doing online organizing well. In it is a quote from a typical supporter. This quote should be on the wall of everyone working to leverage an organization base's power in support of change:

"...I felt so good after I weighed in and signed that petition. I had no idea it was just going to get me bombarded with fundraising requests."

You Can’t Thank your Community Enough

Showing appreciation for our supporters is one of the most powerful things we can do to strengthen our communities and ensure ...
Start Reading
Allyson Kapin 2010/11/29 3 min read

Your supporters love shopping for gifts that support causes. Lucky for you, it’s the holiday season. Seize this opportunity to ...
Start Reading
Allyson Kapin 2012/8/12 7 min read

As a consultant to nonprofits, I get calls and emails daily from organizations are who are looking to market their online ...
Start Reading