Is your Database Costing you Crucial Donations?

Last year I received an end of year appeal from an organization I’ve been closely involved with as a donor (and much more) for over eight years appealing to me to become a new donor. I was so put off by the generic ask that I actually made the decision to not make my end of year gift on the simple principle that I was offended by the lack of personalization and consideration given to a historical donor. It was clear to me that this appeal was just blasted without any proper segmentation; the packaged two-in-one messages (“become a new donor” or “help recruit new donors”) was the ultimate insult.  At the most basic level the segmentation could have split current donors and prospective donors.  I can only imagine how much this oversight cost this nonprofit, both in terms of donor loyalty as well as end of year income.

END_OF_DOCUMENT_TOKEN_TO_BE_REPLACED 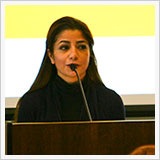 Fundraising and building a robust and active email list is critical to nonprofits who want to thrive in a multi-channel world. To do this effectively though, nonprofit campaigners need to truly understand data by segmenting their current list and tracking and segmenting new supporters.