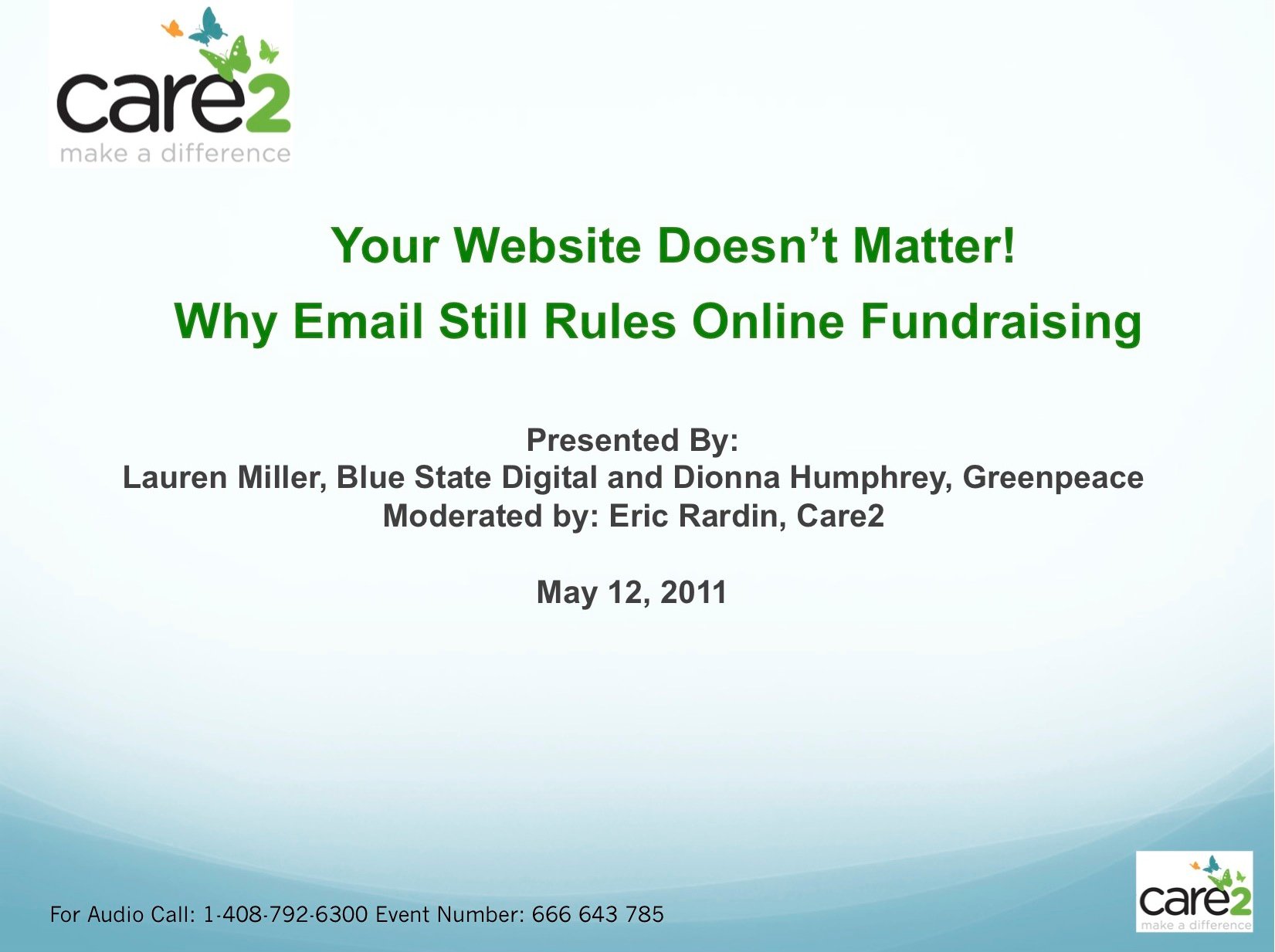 Shocking, no? But the hard truth is: studies show that when it comes to online fundraising, only one thing really matters: the quality and size of your email list. It is email that remains the primary driver of online donations--not the number of Facebook friends you have, and not how beautiful your website looks.

Learn what efforts do matter for getting the best online fundraising results.

As Director of Email & Online Communications Programs, she currently oversees a team of talented writers and strategists who work with more than 75 active engagements around the world, including the American Red Cross, United Way, Partners in Health, the NAACP, and the American Cancer Society Cancer Action Network.

Prior to BSD, Lauren served as State Volunteer Coordinator for the California Democratic Party and worked in their communications department during the 2004 election cycle. She holds a B.A. in Political Science and Middle Eastern & North African Studies from the University of California, Los Angeles.

Dionna recently started as the Senior Email Campaigner with Greenpeace USA. Dionna is responsible for developing and implementing metric-driven, multi-year email strategy to maximize the organization’s fundraising and online advocacy campaigns. Dionna has worked in grassroots advocacy for more than a decade, focusing primarily online fundraising and advocacy strategies for the past 6 years.

As an independent consultant she assisted her clients with online fundraising, including both email and web. Prior to branching out on her own, Dionna worked as a Campaign Director with MomsRising and Director of Advocacy with the National Parks Conservation Association, where she was responsible for the online and offline grassroots strategy and capacity building. Dionna graduated from the University of Hawaii at Manoa with a BA in Women’s Studies and an MA in Political Science. She currently lives in Maryland with her cat Butters.

Eric is Vice President of Business Development at Care2.com where he helps hundreds of nonprofits connect with donors and supporters online.  At Care2 Eric advises nonprofits on email acquisition and multichannel conversion strategies. He has contributed to integrated conversion efforts on behalf of nonprofits in the US, Canada, and the United Kingdom. Eric serves on the board of directors of two national nonprofit organizations. Prior to joining Care2 Eric designed and executed integrated advocacy campaigns for environmental nonprofits for more than seven years. Eric has an MBA from the Carey School of Business at Johns Hopkins University, an MA in Government and International Studies from the University of South Carolina and a BS in Political Science from the University of Wyoming.