Using Psychology to Improve Your Communications

I've found that understanding some of the mind's cognitive biases can not only help nonprofit campaigners efficiently motivate our audiences into taking action online, but also help us be more effective professionally.

For example, people are more willing to take action to stop something from being taken 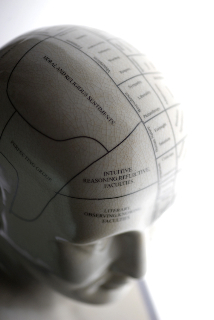 away than if they were to receive the equivalent value (you'll do more to stop from losing a dollar than you will to get a dollar). That means it's often more effective to frame an action as preventing a loss (ex. "Don't let them take away our children's future") than a new development (ex. "Help ensure our children have a better future"). The gun lobby has harnessed this bias with their "Don't let them take away our guns" mantra.

Similarly, people will also consider something more valuable if it is considered scarce or a vanishing opportunity. We often see this bias used in messaging where a deadline or other limitation is highlighted (ex. "Two days to take action").

Thanks to the "bandwagon effect", people are more likely to do something if they see other people doing it. You can easily test this by using one page where the number of action takers are highlighted (ex. "Join the 12,324 Utah residents who care about wildlife") against another action page where it isn't included.

We can also use the fact that people express undue liking for things merely because they are familiar with them (the "mere exposure" effect) and that they need to be consistent. We can do this by creating opportunities where our users take a small initial step, but are then pulled into deeper engagement since they feel the need to be consistent with their earlier action (I call this the "escalator of engagement" or "getting them in the habit of saying yes"). Studies of this effect have found that someone who completes a small, trivial task, such as completing a survey, can be more easily convinced to take on more involved actions, such as agreeing to donate an organ. [Footnote 1] Instead of an organ donation, I happily settle for getting users to write letters to the editor or call their members of Congress.

The fact that we need to see ourselves as good decision-makers, both in the present and the past, means that we have a remarkable ability to filter out information that disagrees with our current thinking. This "cognitive dissonance" means we will have a much harder job when we target audiences who already have a different perspective on the key issue. It also means that there is a strong advantage to getting out with our messaging first and framing the issue. Seems obvious, but it's good to know the science behind the phenomenon.

As professionals, it is also useful to look out for our own cognitive biases. For example, the "confirmation bias" speaks to our tendency to interpret information in a way that confirms our beliefs. Our "self-serving bias" helps us take credit for positive outcomes but ignores our contribution to the dismal failures (As Thomas Campbell wrote "Victory has a hundred fathers, but defeat is an orphan.").

And, of course, there is my favorite: the "bias blind spot" which highlights that we are often blind to our own shortcomings and biases.

There are numerous other biases and related issues, but I wanted to use this short overview to suggest that understanding and harnessing cognitive biases can help us become more effective communicators.

I also recommend reading the "Influencer: The Power to Change Anything" by Kerry Patterson et al. and the works of Robert Cialdini, especially "Influence: The Science and Practice". You can check out a good list of cognitive biases here.

Thanks to Dr. Ken Rothbaum for contributing to this post.

Footnote 1: Carducci, Deuser, Bauer,Large & Ramaekers. "An application of the foot in the door technique to organ donation" Journal of Business and Psychology Winter 1989