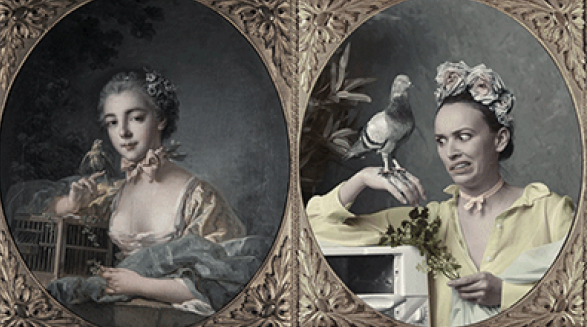 END_OF_DOCUMENT_TOKEN_TO_BE_REPLACED

Once again, it is time to celebrate several recent advocacy victories by nonprofit groups that are known for their skillful use of online campaign techniques -- which is something we write about often on Frogloop. In each case, online petitions played a major role, and

END_OF_DOCUMENT_TOKEN_TO_BE_REPLACED

Congratulations to Citizens for Global Solutions in their big victory – helping push the Senate Foreign Relations Committee to vote in favor of sending the Law of the Sea Treaty to the full Senate for possible ratification.

END_OF_DOCUMENT_TOKEN_TO_BE_REPLACED

The Challenge:
In the closing weeks of the 110th Congress in late 2006, lawmakers were readying for a vote on legislation that would weaken protection of key fish populations in U.S. waters. The Marine Fish Conservation Network (MFCN), a coalition of over 190 organizations dedicated to ocean conservation, wanted to educate members of Congress and ask them to reject proposals that might do irreparable harm to several fish species. MFCN decided to mount a swift, targeted campaign mobilizing many thousands of citizens to contact their representatives and urge them to cast a vote to protect fish. At the same time, MFCN hoped that the campaign also would serve a second purpose, namely, to identify people who might become loyal donors in support of MFCN’s vital work.

END_OF_DOCUMENT_TOKEN_TO_BE_REPLACED

The 25-year-old nonprofit Center for Health, Environment and Justice (CHEJ) wanted to recruit civically active women from across the USA to serve as grassroots advocates against products containing a toxic material -- polyvinyl chloride (PVC) – found in many household and baby products. CHEJ also hoped to boost public awareness about safer alternatives to PVC, which it calls a “poison plastic.”

END_OF_DOCUMENT_TOKEN_TO_BE_REPLACED

The American people can send loud and clear messages to the government, and when they do, officials are often responsive. Last August, a draft of policies and rules for National Parks was leaked that emphasized commercialization, tourism, and motorized recreation within the parks. In response, more than 50,000 people commented on the proposed changes in the management style of the National Park Service, including a petition from Care2 and The Wilderness Society that was signed by over 11,000 people. These outcries put an end to the possibility of any radical changes.