Open Government: A Recap of TransparencyCamp 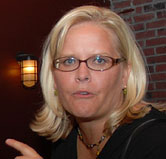 "We have brought the techies and the policy wonks together, and they aren't that different." said Greg Elin of the Sunlight Foundation. After returning from TransparencyCamp last week, I described the vibe this way:

There were so many moments at TransparencyCamp when I felt I was in the presence of an exuberant volunteer corps of pioneers or astronauts determined to remap the space between citizens and the institutions we’ve set up to govern us in a much more direct way. We're creating clear paths for input and output, yes but much more than that too. These pioneers are rebuilding the relationship between citizens and government in order to make it more accessible and responsive and a much more direct democracy than the United States has seen in a very long time. It’s a revolution full of energy, innovation and hope.

Sounds fun right? Attendees learned how to work with specific data sets (FEC), track congressional activites using GovTrack.org, and keep tabs on state legislatures through projects like Knowledge As Power, which enables citizens of Washington State to track that activities of their state legislature. But what can non-profits take away from TransparencyCamp? For nonprofits that have close relationships with government agencies or that want to keep track of what certain agencies or lawmakers are up to will find plenty of use for many of the tools and methods discussed during TransparencyCamp sessions. And because we are talking about transparency, all of the tools discussed in sessions are available to the public. I've included a list of some of them below as well as linking to the presentations available online.

One of the most important take-aways from TransparencyCamp was the momentum and collaboration generated by the enthusiasm, generosity, and innovation of the individuals and groups coalescing around the idea that citizens have the right and the responsibility to know exactly what their government is doing and why.

Several sessions also introduced new and existing tools that do everything from track congressional bills (OpenCongress), keep tabs on state legislatures, and for those that were able to attend, there were several hands-on sessions on how to use particular data sets like Federal Elections Commission data. I also sat in on a session specifically covering transparency efforts in states and the tools developed to help track what state legislatures are doing. One outcome of a session I attended on current efforts to increase civic participation was an impromptu session about developing sustaining funding sources for nonprofits.

But by far the most valuable take away from TransparencyCamp is the on-going discussion, cooperation, and support. There are a lot of people doing great things and, odds are, someone can probably help you with your projects so getting involved is crucial. For instance, if you or your nonprofit would like access to political contributions made to senate candidates, you should support the Sunlight's effort to pass S.482 so that senate candidates are required to make their campaign finances available quickly and online. In fact, Sunlight sponsors several projects you can use now. A couple of my favorites are Party Time!, which tracks the who, what, where, and when on the Washington lobbying circuit and OpenCongress which helps you track bills, votes and everything else you did and did not want to know about congress.

Here is the schedule of sessions participants attended so you can get an idea of the topics we discussed.

There are several ways anyone can join, continue and help grow the discussion centered around government transparency. Several different Google groups associated with transparency exist, and if you're in DC, see if there's still room at any of the Transparency Breakfast working meetings.

Some of the Many Online Tools for Transparency For Tracking

Some Experiments of Civic Participation

*This article was written by Tracy Viselli, an online media strategist, blogger, political activist, entrepreneur, and co-founder of Nevada Interactive Media and Summit.