The average online gift was $89.

While open rates were 14.72% (slightly up from the previous year), the average click rate on online fundraising appeals were .7% 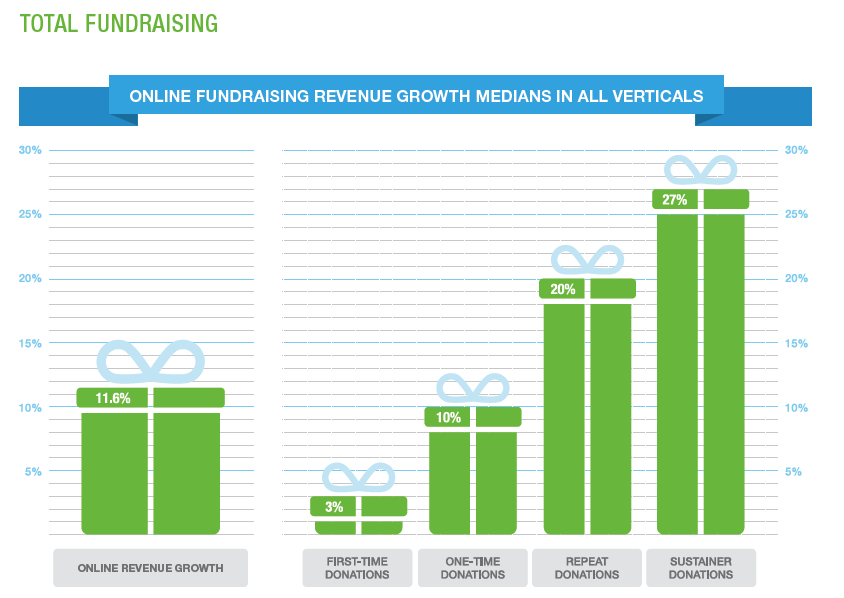 Advocacy saw an 8.7% increase in actions taken and 11.9% of advocates that also made a donation online. It’s worth noting that Jewish organizations experienced an increase of advocates by 23.6%, and environment and wildlife had an increase of 22.46%. This illustrates that that if cultivated properly advocates can also be converted to donors. 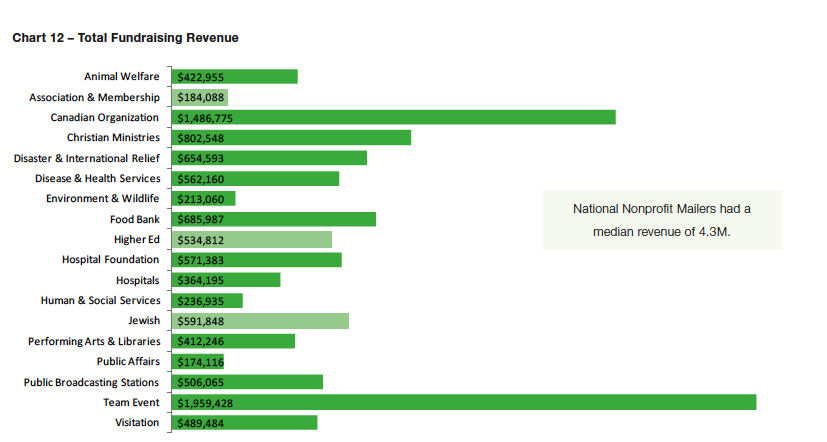 Another set of important stats were around website traffic, registrations, and conversion rates. About 2% of web visitors provided their email address. This is down slightly from the previous study where email registrations were 2.24%. Websites that focused on team events received the highest conversion rate at 13.71%.

Every vertical other than Canadian organizations experienced a significant median decline of -14% in web traffic. “While this value is contrary to prior years it would be incorrect to strictly compare 2011 to 2012, as different organizations were part of different studies. What to investigate for your organization is whether website visits are trending down or up. And regardless of direction, work to discover what drives that movement,” said the study.

All verticals experienced positive growth, about 12.45% from 2011 through 2012. This is a good sign for the nonprofit community, as it indicates that organizations are attracting new people to their organizations.

As you can see from the data in the study, “the nonprofit ecosystem is more complex than ever and requires robust business intelligence tools to properly engage constituents. The days of analyzing RFM (recency, frequency, monetary) exclusively and engaging in siloed campaigns are as relevant as stage-coaches and steam engines,” said the report.