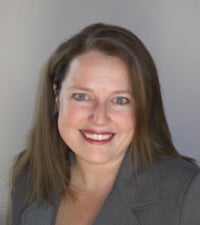 In 2005, the Congressional Management Foundation reported that communications to Congress had increased fourfold over the previous decade, and had doubled between 1999 and 2004.  Given the proliferation of channels and tech since 2005 making it even easier to mobilize a click to communicate to Congress, once can only assume that those communications have continued to increase exponentially.
A 2008 Congressional Management Foundation report provided a bit more insight: nearly half of US adults had contacted Congress, more than 80% of them at the urging of a third party organization.
That is a ton of advocacy. 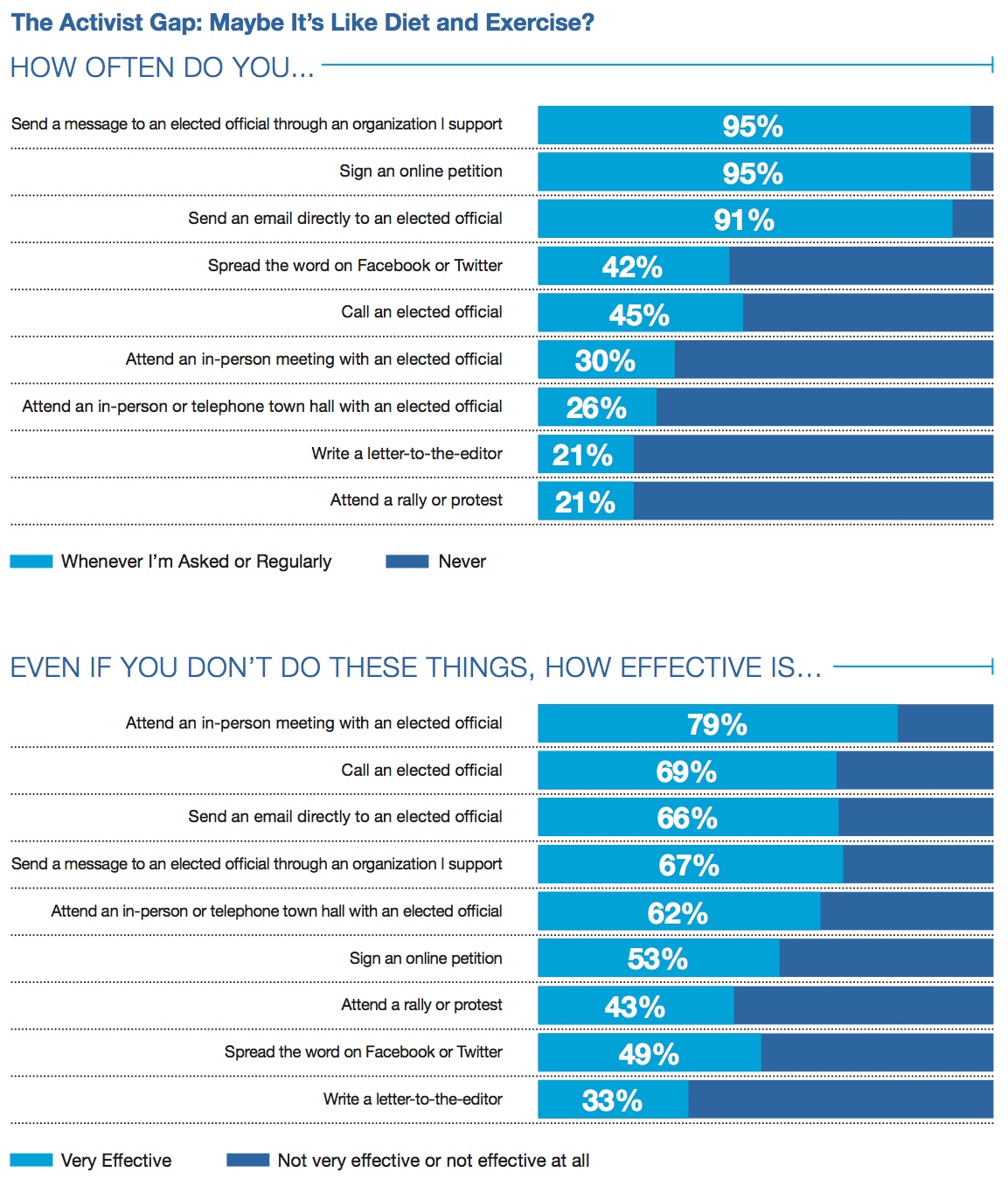 To what end? How do activists experience advocacy, and how is it received by its ostensible targets on the Hill?
Along with Stefan Hankin at Lincoln Park Strategies, we set out to find out. We partnered up with eight non-profit organizations to survey their advocates and interviewed 25 current and former senior Hill staffers.
The elevator summary: there is a significant "Advocacy Gap," a disconnect between how activists mobilize and how Hill staff say they should mobilize to move policy. Moreover, there is a gap between what activists do and what they know to be effective. The complete report is available here:
So what?
Now comes the interesting bit: how do we bridge the Advocacy Gap? It's a conversation we'd like to have with the advocacy community, and we have some ideas to get it started:
1) Abandon list building through messages to Congress.
When activists contact their member of Congress, it should be for real, with a legislative ask, a possible path for the Member of Congress to act, and clarity about what the potential outcomes might be. And constituents should only be mobilized to contact their own representatives, through all channels.  This will reduce the noise streaming into Congressional offices and make every constituent contact more effective.
Note that we are not suggesting that organizations stop building big lists. Big lists can still be important for all sorts of reasons, not least of which a pool of people to cultivate into advocates. We are merely suggesting that list building activities be distinguished from advocacy, preserving the relationship between citizens and their representatives and activists and the organizations that mobilize them.
2) Invest in making higher impact activities easier for advocates.
Activists do what’s easiest for them to do, even when they know they’re not doing the most effective thing they could be doing. Data from a few of our partner organizations demonstrates that activists are malleable in this way – they can be mobilized in more effective ways, if the organization makes those actions accessible and easier.
Advocacy technology has evolved to amazing places, making “a click and a few keystrokes” a realistic and low bar for a contact to Congress. It’s time for the next evolution in software and software-as-service, and providers working with advocacy organizations to bake in processes that drive more effective advocacy.
3) Get deep into districts, shifting away from Washington, DC.
Activists don’t have to come all the way to DC to meet with their representatives to make a big difference on issues they care about. Impact is as close as the district office, an event in their hometown, and even a personalized email telling their story to their representative. Refocusing some advocacy energy back to the district level, even while issues are increasingly national in nature, would go a long way toward bridging the Advocacy Gap.
4) Abandon the notion of “Congress.” Embrace Members of Congress.
There is no Congress. There are only Members of Congress. “Congress” has a single-digit approval rating, but Members with approval ratings significantly below 50% are few and far between. Advocacy programs that embrace this reality will be a big step closer to building capacity and mobilizing that capacity in ways that engage activists effectively.