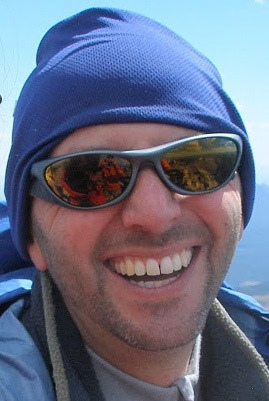 Over the course of more than 100 interviews with nonprofit staffers while writing The Nimble Nonprofit, “managing people” turned up on the list of “skills that my executive director sucks at” more than any other. And giving feedback is one of the specific skills that nonprofit managers seem especially weak at.


It's not just nonprofit executive directors that struggle with this challenge. Anyone at a nonprofit who manages people - a senior staff attorney managing a team of six lawyers, a development director who supervises a grants manager and a membership manager, a communications coordinator directing the work of a media consultant, a program associate managing an intern, a site manager supervising a group of volunteers - giving feedback is an important skill for all of these folks.


And giving feedback, especially negative feedback, is hard. It's awkward to tell someone you aren't satisfied with her performance, or to explain to her what she's doing wrong, especially when you know she puts in long hours, she works hard, you don't pay her as much as she deserves for the work, and there's a good chance she's your friend in addition to being your direct report. It's not surprising, then, that so many managers give vague, soft-pedaled feedback that obscures the criticisms.


Swinging too far in the other direction is a problem, as well, where the feedback comes off as a brusque attack on the recipient's character, integrity, and basic self-worth. You might think you're doing him the favor of candor and clarity, but if it sounds like you are questioning his basic value to the organization your feedback won't probably have the desired effect, either.

The goal in giving feedback is - or at least should be - really, really simple: enable your staff to kick ass. Your feedback needs to validate and support. It needs to communicate in concrete terms what they're doing well and what they need to improve. And it needs to be clear (so they understand it) and actionable (so they can do something with it).


A lot of smart folks have written a lot of smart things about giving feedback, and it might be worth spending some time skimming through some of the literature for ideas. The Harvard Business Review blog, Dummies.com, and the Manager Tools podcast are just a few good examples.


But these five principles, mixed in with a healthy dose of your own intuition and thoughtfulness, and topped with a commitment to try, learn, and improve, are a good place to start.


Jacob Smith is the co-author of  The Nimble Nonprofit and blogs at  brightplus3.com.
END_OF_DOCUMENT_TOKEN_TO_BE_REPLACED